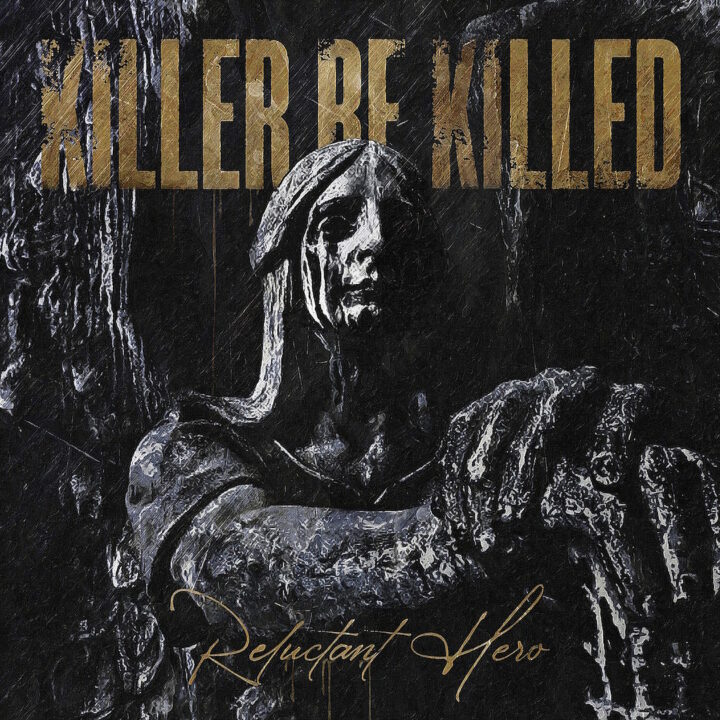 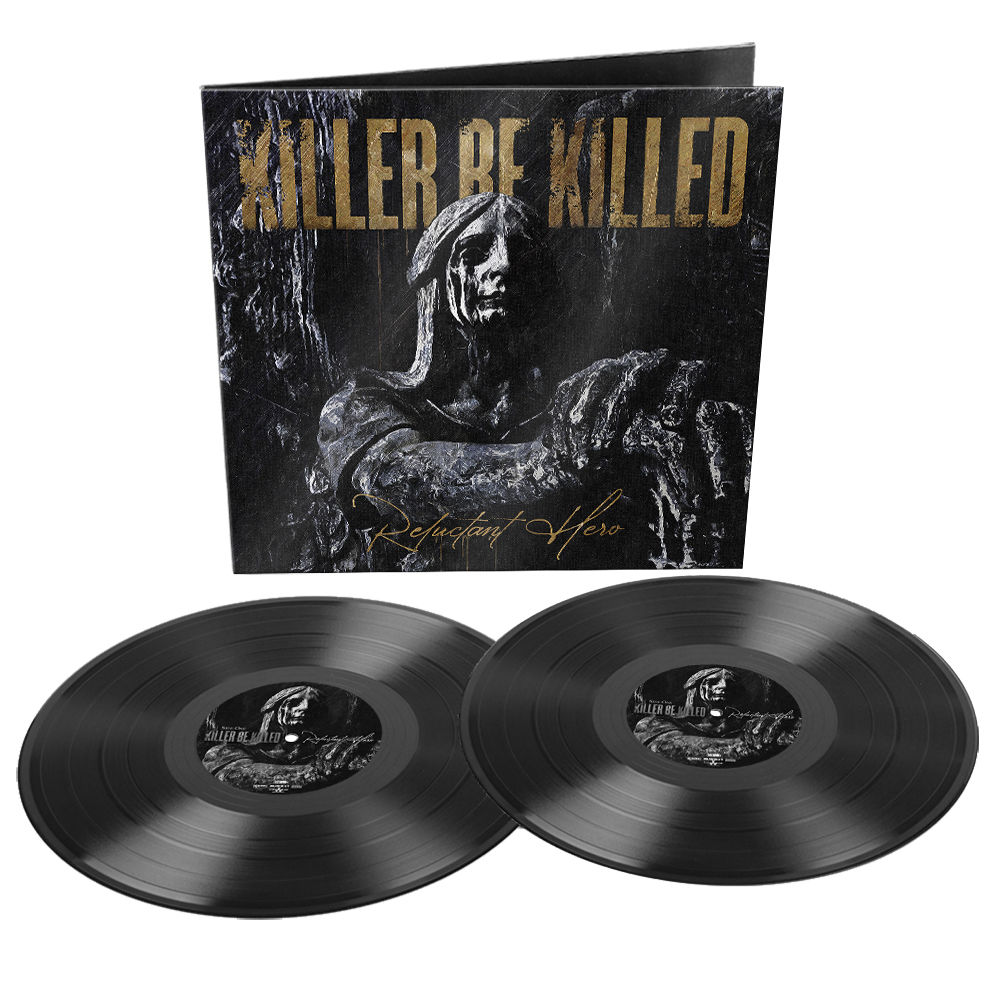 Killer be Killed is Max Cavalera, Greg Puciato, Troy Sanders, and Ben Koller. The whirlwind of heavy, fast, melodic, thrashy, and often meditative bombast, with sparks of hardcore punk, summoned by Killer be Killed is the formidable and inevitable result of the sum of its parts, whose combined discography warped and shaped the culture.

Three men possessed of some of the most recognizable voices in heavy music split frontman duty. Boundary pushers and innovators, born and bred in different cities and tempered by their respective projects, each one is an equal participant in the fresh ceremony of inspired ritual, together with one of the most beloved drummers in heavy music. Killer be Killed s debut album was a force of nature that demolished preconceived notions of “supergroup” upon its arrival in 2014. Reluctant Hero, the band’s surprise follow-up, conceived in secrecy some six years later, doubles down on that mission statement while splashing the sonic canvas with new colours and visions.

Inventive in spirit and decisive in execution, Killer be Killed ound borderline esoteric at times and yet remain unrelenting in heaviness and groove. Like its self-titled predecessor, the 11-song Reluctant Herp was produced and mixed in Southern California by Josh Wilbur (Lamb Of God, Megadeth, Gojira). It’s an assemblage of aggressive compositions that blends basement-show worthy carnage and massive festival-ready hooks, anchored in smart, dissident sensibilities, and raw authenticity.

None of these men are strangers to collaboration. Max Cavalera peppered Sepultura’s genre-redefining Roots with guests; a tradition continued on Soulfly’s RIAA certified gold debut. He was one-half of the incendiary Nailbomb, with English producer and Fudge Tunnel mastermind Alex Newport, and leads Cavalera Conspiracy with his brother, Iggor. Soulfly’s eleventh album, Ritual, is one of their most acclaimed. His fire is unquenchable.

Greg Puciato demonstrates his devotion to atmosphere and emotional honesty as one-half of the synth-driven chillwave duo The Black Queen. Continuously unleashing projects in diverse mediums from print to video, his debut solo album (which put him on the cover of Revolver Magazine) was another reminder of why MetalSucks has him at No. 1 on their list of the Top 25 Modern Metal Frontmen. Puciato led The Dillinger Escape Plan across five full-length albums and several EPs, till their multi-night final stand in New York City.

Troy Sanders is best-known as vocalist and bassist for metal shamans Mastodon. Their seven studio albums document an ever-evolving identity as standard-bearers for post-modern extremity, each of them rich and layered in texture, always boundary-pushing. He’s lead vocalist and bassist in Gone Is Gone, together with Troy Van Leeuwen (Queens Of The Stone Age, Failure, A Perfect Circle), Tony Hajjar (At The Drive-In) and Mike Zarin. The Grammy-winning Southern gentleman cut his teeth in the band Social Infestation.

Koller joined the group, after the recording and release of their first album, in time for Killer be Killed’s inaugural live performances, alongside Slipknot, Marilyn Manson, and Judas Priest as part of the Soundwave Festival, and at club shows with Lamb Of God. As the propulsive force behind beloved noiserock titans Converge for two decades, Koller is one of the most respected drummers in the underground subculture. He’s a co-founder of All Pigs Must Die and Mutoid Man, the band he shares with Cave In’s Stephen Brodsky.

Killer Be Killed began when Max and Greg ran into each other at a Los Angeles benefit show for Chi Cheng, the late Deftones bassist who spent years in a semi-conscious state following a 2008 car accident. The two discussed doing a project, which led to a combination of riffs and a 72-hour writing session in the Arizona desert. Demos were recorded with the same drum machine and four-track Max used working on Chaos A.D..

Mastodon and The Dillinger Escape Plan have toured together many times. During one such tour, in late 2012, Puciato was telling Mastodon’s Troy Sanders about the new band.Before too long, Sanders and Cavalera met for the first time at a festival in South America. “Hey, I’m Troy. And I think we’re in a band together.” The electric chemistry was apparent the first time they all assembled together. The collective energy and mutual respect resulted in first-album bangers like Wings of Feather and Wax and Curb Crusher.

Things went quiet on the public front following the band’s string of shows in Australia, but Killer be Killed remained steadfast in their commitment to rise again. Rather than stir up the heavy music community with talk about what they may or may not do, Cavalera, Puciato, Sanders, and Koller resolved to write and record the second album in secrecy. A cohesive, collective vision, Reluctant Herp represents a renewed statement of purpose with even more depth and clarity. Killer be Killed is the sound of the specific chemistry in the room when these four guys are together. Killer be Killed is inevitable.