Return to previous page
View basket “The Killers – Wonderful Wonderful (LP, Album)” has been added to your basket. 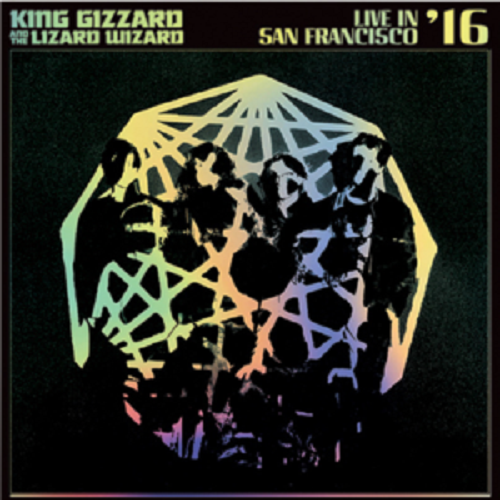 Just under a month after delivering their award-winning 2016 album Nonagon Infinity, King Gizzard and The Lizard Wizard took the stage at San Francisco’s The Independent for a set both wildly frenetic and meticulously executed. In one of their final club gigs before bursting onto the international scene—soon selling out amphitheaters and headlining festivals—the Melbourne septet laid down a breakneck performance that, in the words of SF Weekly, “made every organ ache just right.” Newly unearthed by ATO Records, Live in San Francisco ’16 captures an extraordinary moment in the band’s increasingly storied history, a 13-song spectacular likely to leave every listener awestruck and adrenalized.

Multi-tracked and impeccably mixed, Live in San Francisco ’16 simultaneously channels the massive energy of King Gizzard and The Lizard Wizard’s set while echoing the sweaty intimacy of the 500-capacity venue.  With nearly half the setlist made up of Nonagon Infinity tracks, Live in San Francisco ’16 unfolds with the same exquisitely controlled chaos King Gizzard and The Lizard Wizard brought to that arguable masterpiece—a nine-song body of work crafted as the world’s first infinitely looping LP (i.e., each track flowing seamlessly into the next, with the album-closing Road Train linking straight back into the opener).