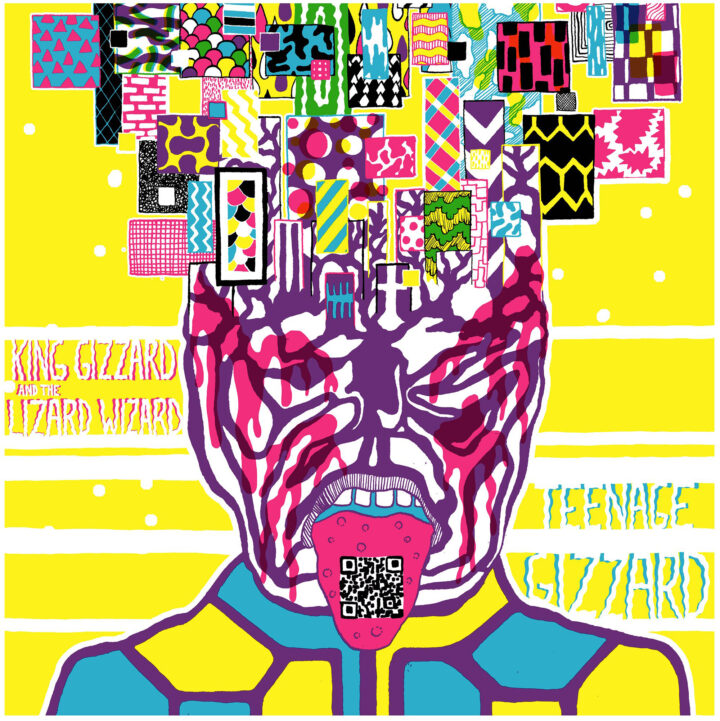 This is a presale order, release date MAY 28th

All orders will be shipped on or before MAY 28th

The ‘Teenage Gizzard’ album compiles King Gizzard & The Lizard Wizard’s early recordings dating from 2010-2011, including singles like ‘Hey There’, ‘Ants & Bats’, ‘Sleep’ and ‘Summer’ as well as the extremely rare ‘Anglesea’ EP. This ten-track collection of lo-fi garage/surf-rock transports the listener back to the band’s inception, providing a snap-shot of a more raw and primitive King Gizzard & The Lizard Wizard before they morphed into the prolific, constantly-evolving group we know now.

The Fuzz Club Official Bootleg version – due out May 28th 2021 – is remastered by Brett Orrison (The Black Angels, Jack White) exclusively for Fuzz Club. With exclusive artwork, it comes on 180g coloured vinyl in a hand-numbered tip-on gatefold sleeve with printed inner-sleeve. It’s a reverse groove record that plays from the inside to outside. There are two different coloured versions, both of which are limited to 500 copies.