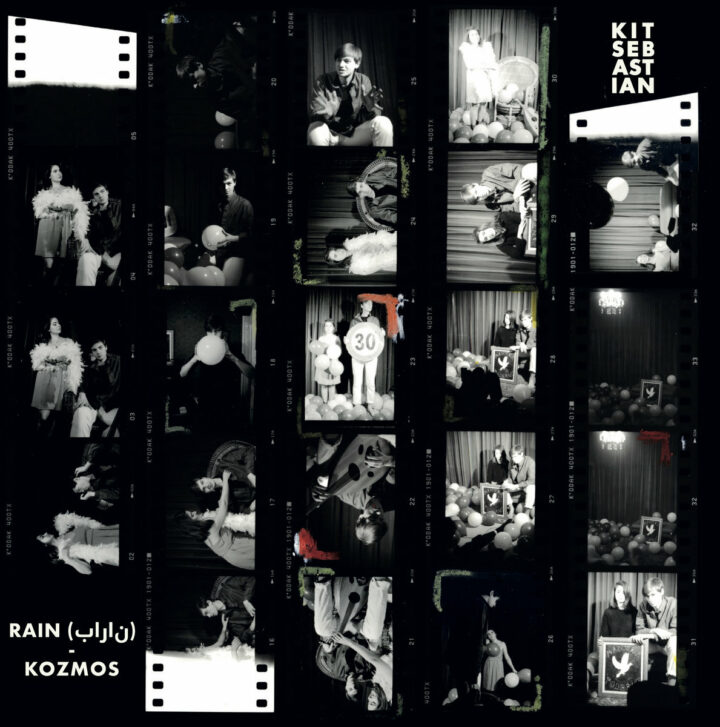 Cortex and co. The duo is formed of Kit Martin, who lives between London and France and plays all instruments on the album, and Merve Erdem, vocalist and multi-disciplinary artist from Istanbul, now based in London. ‘Mantra Moderne’ explored universal themes such as love, loss, decay, language and ideology, mixing three different languages: English, Turkish and French. Written and recorded by the duo – Kit composed all the songs and Merve wrote the lyrics – in rural France during 2018, each song was completed within a 12-hour window, pawning contemplation for spontaneity.

There were two tracks recorded during the sessions that were not featured on the final album release, and these have now found a rightful home on this 7”. Rain (باران) was the second track recorded in their analogue studio, and because of this, it has a slightly more primitive rudimentary sound. It was written more or less to test the studio and to learn what sounded good and didn’t. It was a hot French hazy July day which you can hear translated into the sound of the track. The version on this 7” has been re-sung to include Merve’s vocals. Kozmos was written in an in-between period after the 1st album was recorded but not mixed. It was based on a demo that was used for their first video teaser announcing the album. It was influenced by the soundtracks of Krzysztof Komeda and the music of Rafig Babeyev. The lyrics are inspired mainly by Tarkovsky’s Solaris, by how human beings can find reflection for their hopes and anxieties in space and the unknown.

THE LEAF LIBRARY – About...