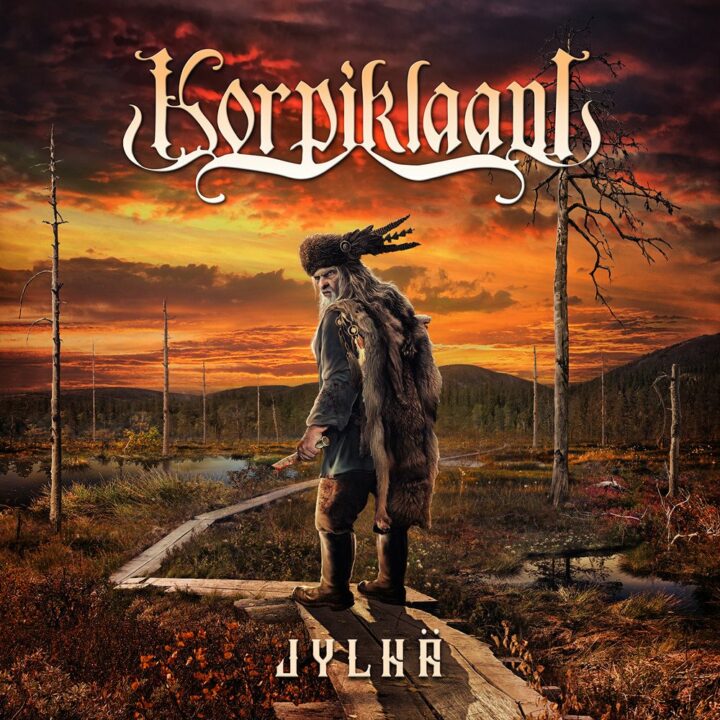 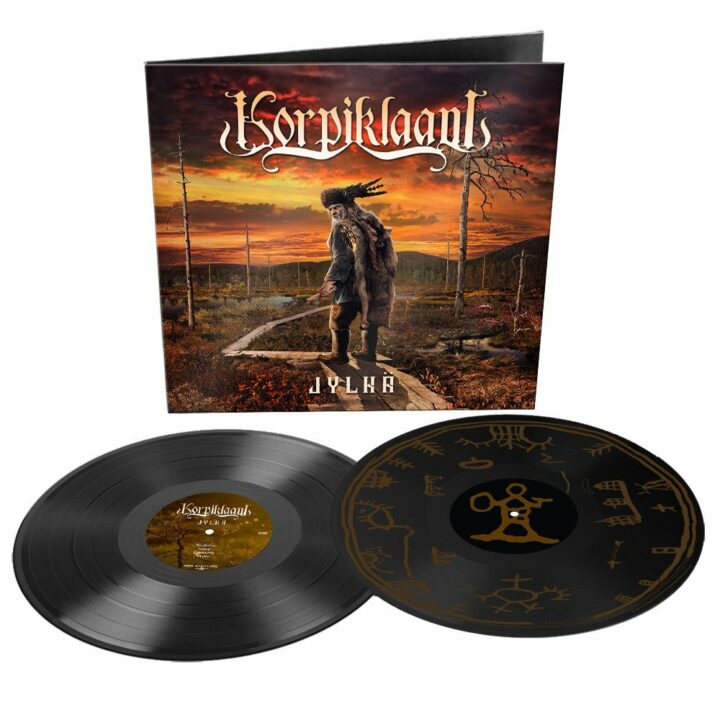 2LP – Vinyl with Etching housed in a Gatefold Sleeve.

Korpiklaani – preceded by Jonne’s own project Shamaani Duo (1993-1997) and the band Shaman (1997-2003) – was founded somewhere deep in the primeval northern forests in 2003. Ten celebrated studio albums, numerous world tours and hundreds of millions of digital streams alongside multiple other releases, have established Korpiklaani’s status as one of the leaders of innovative heavy music. For their diehard legion of fans, they are known as Folk Metal Superstars.

Here and now, Korpiklaani’s fearless journey continues on – and this time, the journey is powered by rather serious subject matter. Their eleventh full-length studio record Jylhä (which has no direct translation but can be described as majestic, or wild and rugged in a beautiful way) brings all the well-known and essential ingredients to the table: heavy-duty guitar riffing, rhythmic folk melodies and more.