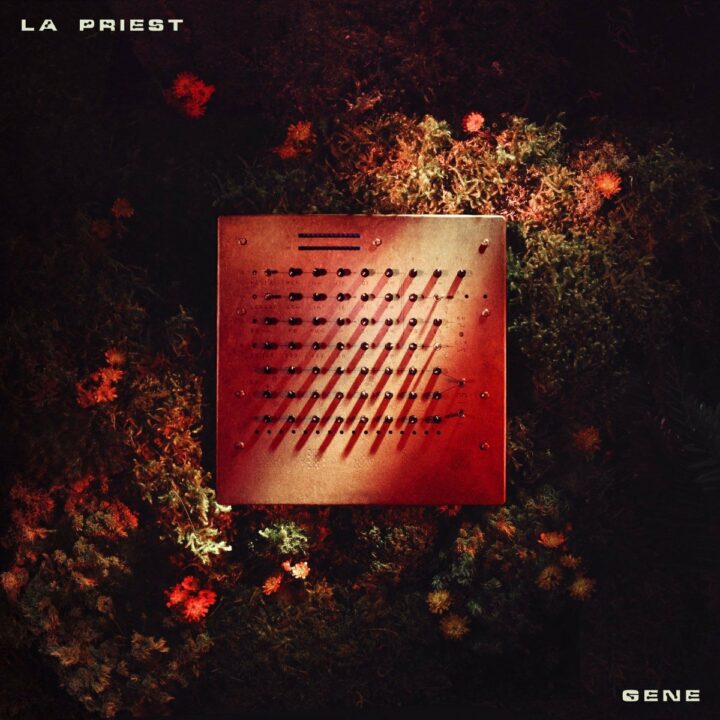 Emerging from an all-too-long nomadic hibernation, LA Priest returns with Gene, his second album. Gene arrives five years after the iconoclast variously known as Sam Eastgate, Sam Dust and LA Priest thrilled the world with the cosmic pop of his debut album Inji, his first LP for Domino and his first solo output following the disbanding of former outfit, Late Of The Pier. Gene also follows the 2016 project Soft Hair in which Sam teamed up with Connan Mockasin for an instant cult-classic album. Gene, the album, is named after a brand-new analogue drum machine Sam dreamt up and built alone. Working in isolation for more than two years in California, Wales and England’s south coast, soldering iron in hand, Sam developed the inners of Gene using dozens of electrical circuits he made up himself. The creation came after a search for an alternative to the structure and rigor of standard drum machines. Its unique rhythmic patterns are the focal point for the album, which is coloured by lush, pastoral tones, paired with the influence of his environmental changes.

The product of clear-eyed focus, the record offers a one-way ticket into a dimension entirely of Sam’s own making. Gene is the most complete realisation of his vision yet. These songs are on a quest for meaning, exploring the limits of their maker’s abilities. Coaxed into life with the juicy groove of Beginning, the record struts and sparkles through Rubber Sky and What Moves towards the melancholic interlude of Sudden Thing and the gigantic noise of centerpiece Monochrome, taking a sharp turn in the final third towards something darker and more mystical. Gene was produced alongside London based artist, producer, DJ and founder of Phantasy records, Erol Alkan.