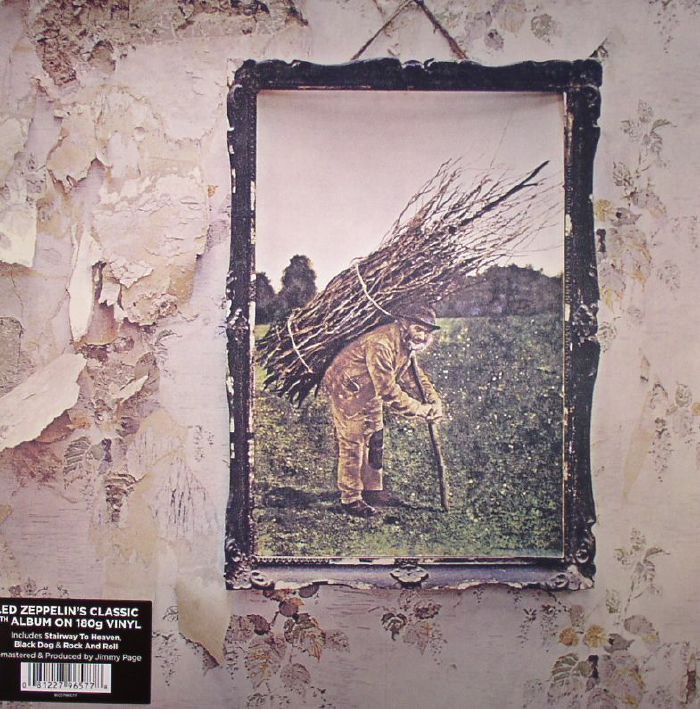 Recorded at Headley Grange in Hampshire, Island Studios in London and Sunset Sound in Los Angeles, Led Zeppelin IV is the album that put Led Zeppelin into homes around the world, acting as a successful marriage of the hard rock from their second album with the folkier meanderings of their third. It is an album that demonstrates their subtlety and restraint as much as their stadium-filling grandstanding and it confirmed their superstar rock status.

The actually untitled album (it was also known as Four Symbols or The Runes Album), a chart-topper on both sides of the Atlantic, captures the group’s schizophrenia perfectly. On the one hand, they wallop away through genre-defining rock standards such as ‘Rock And Roll’, ‘Black Dog’ and ‘Misty Mountain Hop’; yet on the other, they are gentle and restrained on the folk mysticism of ‘Going To California’ and the Sandy Denny co-sung ‘The Battle Of Evermore.’ It is on their anthem, ‘Stairway To Heaven’, however, that both strands come together in perfect accord. Starting as a recorder-driven acoustic folk ballad, it culminates in its closing minutes as a full-on, much emulated rock classic, with Robert Plant’s vocals and Jimmy Page’s guitar both approaching career-bests.

Led Zeppelin IV also demonstrates the singular talent that was drummer John Bonham – the blues driven ‘When The Levee Breaks’ is one of the most heavily sampled drum tracks of all time. With immaculate playing (multi-instrumentalist John Paul Jones’ contributions are not to be underestimated, either), a mystically obscure sleeve, and a remarkable range of tunes, Led Zeppelin IV, is still, for many, the best example of the group’s craft.