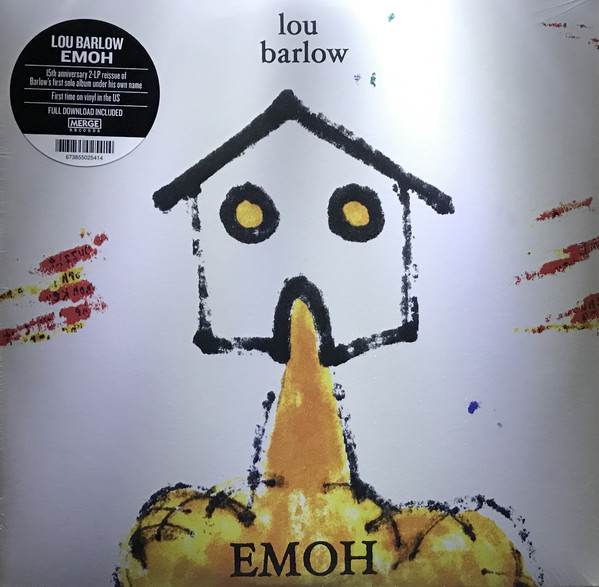 “It wouldn’t be accurate to call Emoh my first solo release. I released a cassette in 1987 called Weed Forestin’ under the name Sentridoh. My friend Eric Gaffney played percussion on a few songs, and it was the beginning of the band we would form. We released a cassette, The Freed Man, under the name Sebadoh shortly after that, and when we were picked up by Homestead Records in 1989, I re-released Weed Forestin’ as Sebadoh. Later on (1994 or so), I started another band, the Folk Implosion, with fellow lo-fi voyager John Davis. By 2000, though, all of that was over. Sebadoh was on hiatus after the failure of our The Sebadoh LP, and John Davis quit the Folk Implosion. It was a low point; I wasn’t writing as much, and in the aftermath of a tumultuous move to LA in 1998, I struggled for the next few years. By 2003, I was in a better place and I decided my next step might be a proper solo LP.

I started paying for trips to various studios, in particular to Mark Nevers’ Beech House in Nashville. He had recorded Will Oldham’s tremendous Master and Everyone LP, and I thought it would be a good place to act like a real singer-songwriter. I brought in my friend Imaad Wasif to play guitar; he had been key in encouraging me to step out on my own. Nevers suggested I reach out to Mac at Merge. There was a point in 1991 or so that Sebadoh almost signed to Merge, so it seemed to be a logical step. Mac and co. said yes, and it further inspired me to finish the LP. I continued to record in various studios in LA and western Massachusetts. I tinkered extensively with the results at home, and by 2004, I had an LP that was a combination of the intimate “lo-fi” of my early work and the full fidelity I was meant to step into as a maturing artist.