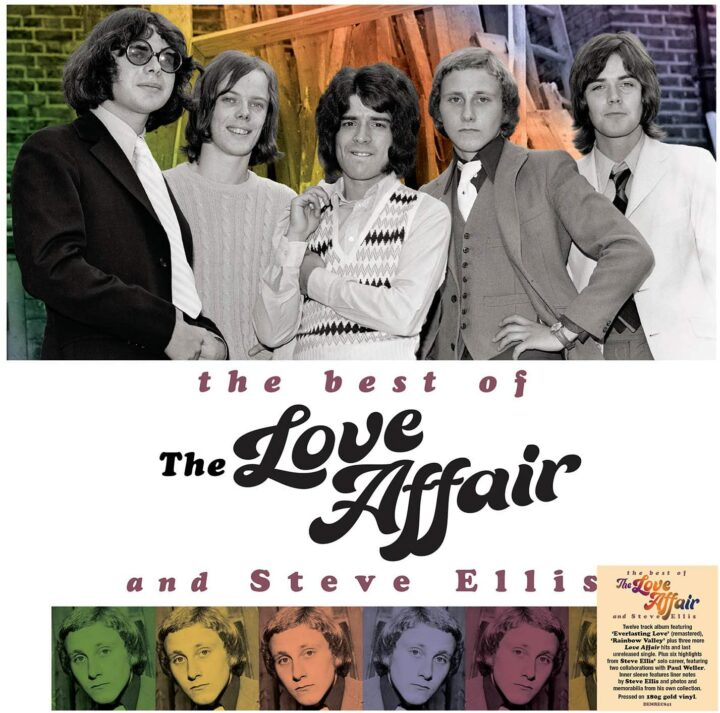 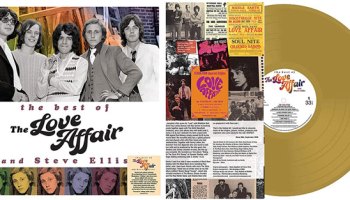 LOVE AFFAIR – The Best Of Love Affair and Steve Ellis

The Love Affair was formed in 1967 (originally as the Soul Survivors) and burst onto the UK charts in January 1968 when Everlasting Love reached number 1. Featuring lead singer Steve Ellis’ distinctive vocals, this was followed by four more Top 20 hits, three of which were Top 10, including Rainbow Valley (# 5), A Day Without Love (# 6) and Bringing On Back The Good Times (# 9). Side One of this album features all five hits (including a re-mastered version of Everlasting Love) plus the single unreleased at the time, Time Hasn’t Changed Us, after which Steve Ellis left the band.

Side Two features six highlights from Steve Ellis’ solo career, starting with two favourites by Ellis, the band he formed with Zoot Money, produced by Roger Daltrey. Next up are covers of Jimmy Webb’s Evie, and also Rainy Night In Georgia. Taken from Steve’s 2018 album, Lonely No More and Cry Me A River both feature Paul Weller as co-writer, performer and co-producer. The inner sleeve features liner notes by Steve Ellis and photos and memorabilia from his own collection. The record is pressed on 180g gold vinyl.