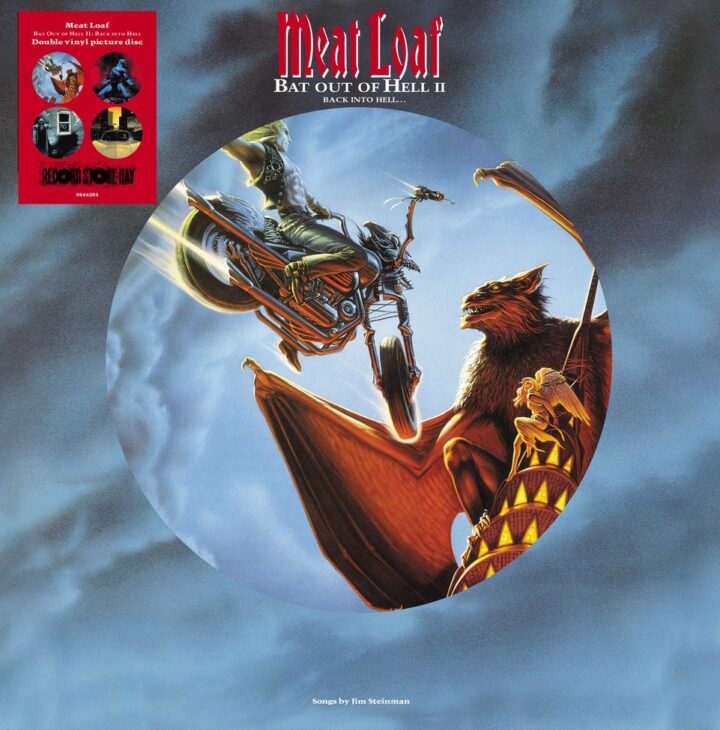 Roaring Harleys, screeching vocals and 14 million copies sold worldwide – Bat Out of Hell II: Back into Hell is a certified opus of rock opera whose demonic technicolour is fully realised in this double picture disc vinyl that makes full use of sci-fi/fantasy artist Michael Whelan’s iconic artwork. Coming 16 years after the release of the multiplatinum Bat out of Hell, Back into Hell doubles down on the humour and theatricality of Meat’s debut making it a worthy successor. The songs are once again written by Jim Steinman and the album features the same cast from the original: keyboardist Roy Bittan and drummer Kenny Aronoff, with vocal support by Ellen Foley, Kasim Sultan and Todd Rundgren. Originally released in September 1993, the album went number 1 in the United States, United Kingdom and Australia with single I’d Do Anything for Love (But I Won’t Do That) reaching number 1 in 28 countries

Be the first to review “MEATLOAF – Bat Out Of Hell II: Back Into Hell – 2LP Limited Picture Disc [RSD2020-AUG29]” Cancel reply