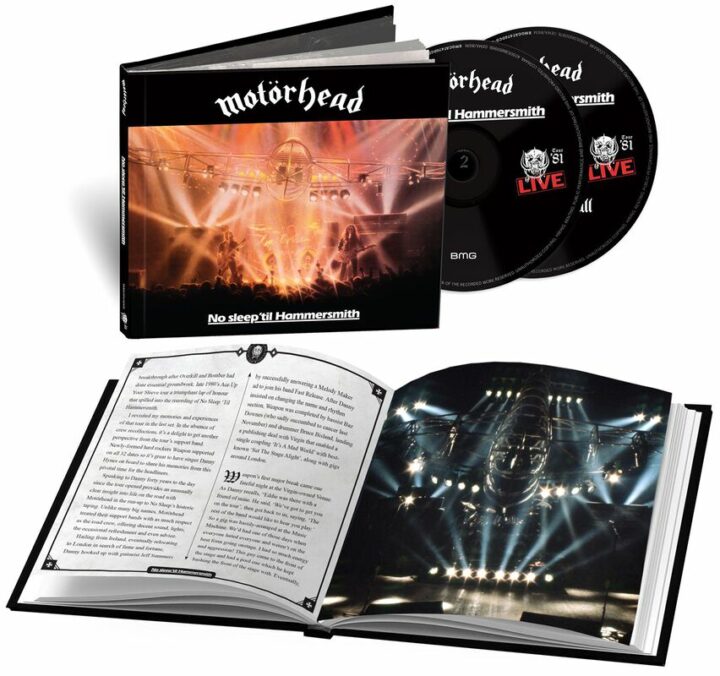 The No Sleep ‘Til Hammersmith album; brand new remaster created from the original tapes. Pressed on vinyl as a triple album in a 20 page bookpack