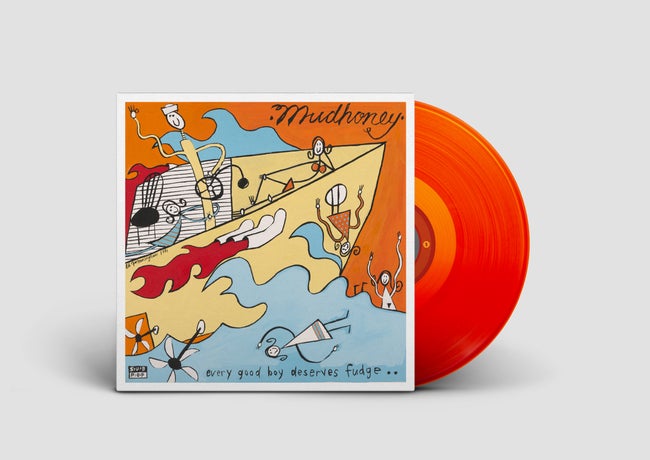 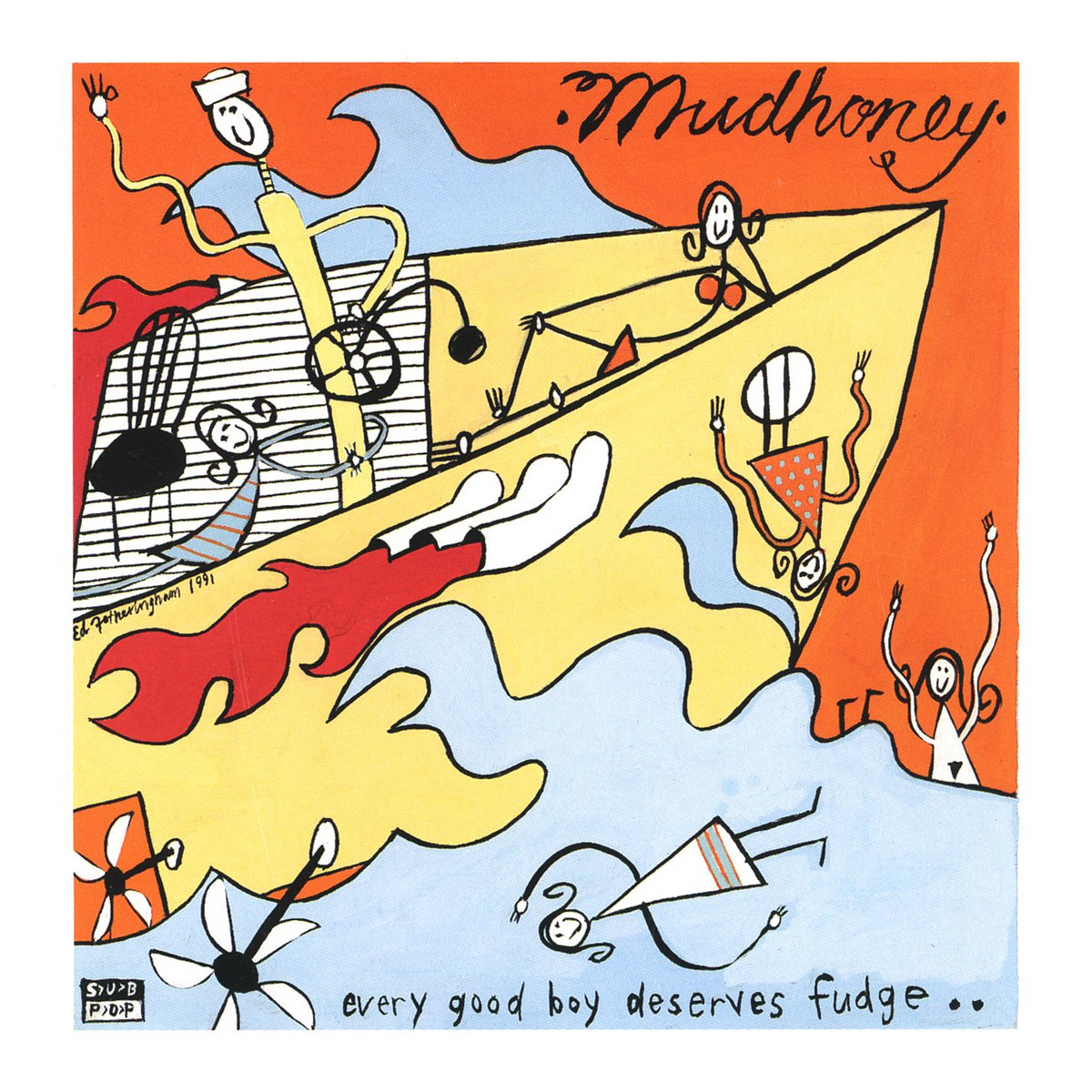 Whether it was Conrad Uno’s production, the addition of more instruments to the Mudhoney arsenal (notably, Mark Arm adds organ, as can be enjoyably heard on Who You Drivin’ Now, among other numbers), a slew of brilliant songs, or a combination of the above, Every Good Boy Deserves Fudge found Mudhoney coming into their own album-wise. Let It Slide, the album’s lead single, fuses everything from surf rock drumming from Dan Peters to a delicious vocal whine on the verses from Arm into a hotwired classic. It’s not so much grunge as speed-freak energy, and all the better for it given the caricatures of Sub Pop’s sound that would soon take over the airwaves. Into the Drink is another fun single, using acoustic and electric guitar to carry a nicely snotty garage stomp along, the full band adding one of their better chorus-gang shouts. More acoustic twang surfaces here and there (check out Move Out), helping to show that the variety of songs and styles is much more apparent and welcome here than on the self-titled album. The almost-pretty rushed guitar chime on Good Enough could be mid-’80s New Order or the Wedding Present, while Steve Turner’s harmonica playing often suggests even deeper roots (and on Pokin’ Around is both quick on the pace and sweetly mournful). Uno’s eight-track production makes more of less plenty of times – Something So Clear may not sound as full to some ears as their other records, but the basic guitar overdubs add just enough force, an effective simplicity (and Turner’s soloing is pretty great to boot). The six-minute Broken Hands is the one point on the album where the band completely freaks out, but unlike the takes-too-long moments of Mudhoney, it’s all worth it here, down to the final chaotic amplifier abuse.