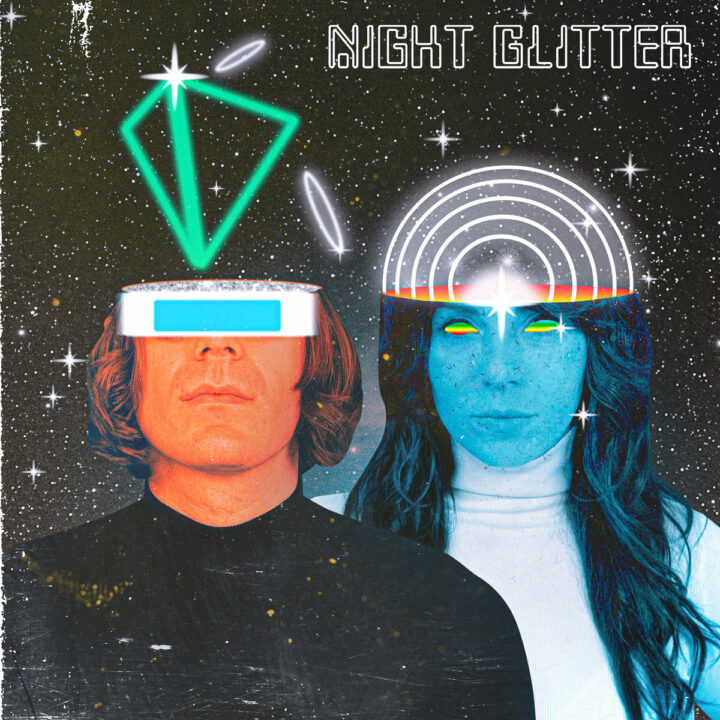 Night Glitter is the duo of Thievery Corporation vocalist LouLou Ghelichkhani and multi-instrumentalist John Michael Shoepf (Roky Erickson, Hayes Carll, The Happen-Ins). For the past two years, Ghelichkhani and Schoepf have been sporadically writing, recording, and releasing singles with various collaborators and engineers to serious acclaim in Austin. When Thievery Corporation decided to go on an extended hiatus after 2019, the duo collected their various recordings for this self-titled full-length record. Schoepf came up with the name Night Glitter with his young daughter when they would explore the river near their Central Texas home on hot Summer nights. the twilight sky would fill with glittering fireflies. Similarly, Night Glitter songs deliver a dreamy, magical sonic landscape with Ghelichkhani layering her beautiful lyrics (often drawn from her childhood growing up in Iran, Paris and America) atop fuzzed out guitars, analog synths, and catchy electronic beats.