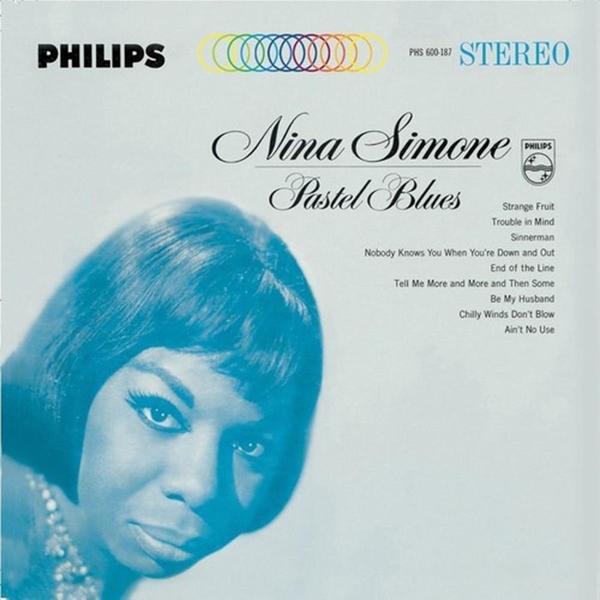 The raw and forthright energy of Nina Simone hits you like a tsunami on the opening track of Pastel Blues. Nina Simone’s rendition of Be My Husband to the tune of an old African American work song, Rosie, is everything you need to know about Simone. Her voice so full of power and resistance, accompanied by nothing but the hammer strike of the percussion. It sends your spine tingling. Like much of her music it has its roots African American tradition and unabashed levels of pride and suffering in equal measures.

The album is a collection of jazz and blues standards played by Simone in New York between 1964 and 1965. Her arrangements are relatively understated, the beauty of the album pours out of her fingers and her rich mahogany voice. Her conversational piano-play is beyond charming throughout, like a knowing look from an old friend, but her classical training glistens with glorious melancholy on End of the Line and later explodes on Sinnerman (arguably the greatest piano riff in pop music). Nothing is as arresting as the haunting threat and seething anger of Strange Fruit but the album’s crescendo, Sinnerman, a riveting rearrangement of a traditional gospel song, comes awful close.