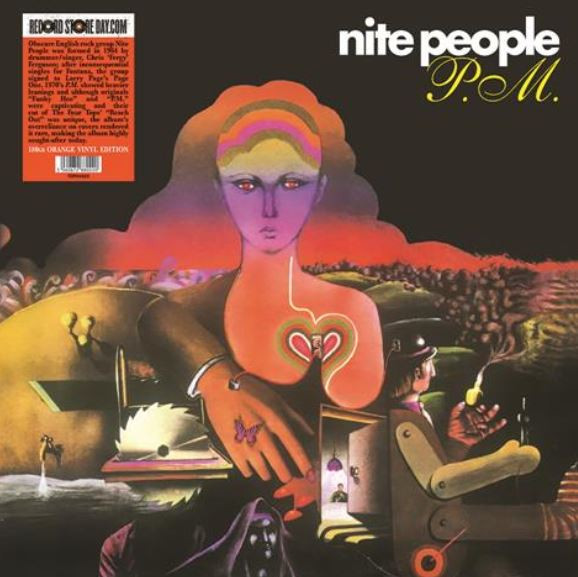 Obscure rock group Nite People was formed in 1964 in the southern English town of Poole
by drummer / singer, Chris ‘Fergy’ Ferguson; later, guitarist Jimmy Shipstone joined (as Jimmy Warwick), along with organist Barry Curtis and Jimmy’s brother Francis on bass (as Francis Gordon). Following inconsequential singles for Fontana, with bassist Scott Kirkpatrick, the group signed to Larry Page’s Page One. P.M., issued in 1970, showed heavier leanings and although originals Funky Hoe and P.M. were captivating, the album probably had too many covers, though the driving cut of The Four Tops’ Reach Out was certainly unique. Page also had the group record as The Banana Bunch, before the final split. Limited 180 Gram orange vinyl press for RSD2020.