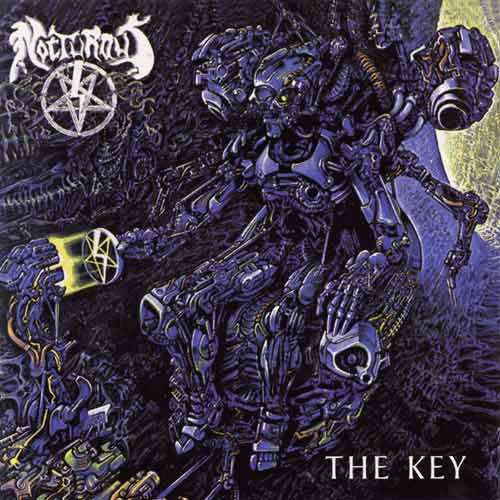 30th anniversary for this much sought-after debut album from the Florida Death Metal pioneers. The Key is without doubt a classic debut album genre defying, enthralling and addictive; it laid the foundations for death metal today. Pioneering the use of keyboard and themes of the occult mixed with Sci-fi, and a concept album, The Key is entwined with occult/meets sci-fi and follows the story of a cyborg who travels back in time to assassinate Jesus Christ which leads to the destruction of humanity. Climaxing in the controversial track Destroying the Manger.

For this reason, the band are credited with inspiring a wave of Sci-Fi meets metal bands like Mastodon, Voivod and Vektor. The album has sold over 100,000 copies worldwide since its original release and has become a cornerstone of progressive Death Metal influences. It includes the iconic track Lake Of Fire with one of the finest examples of technical guitar wizardry in all of death metal. This reissue means the LP is available on Full Dynamic Range vinyl or the first time ever. Earaches idea of FDR vinyl reissues is to counteract the Loudness War and ensure that fans hear the music as it was intended to sound.