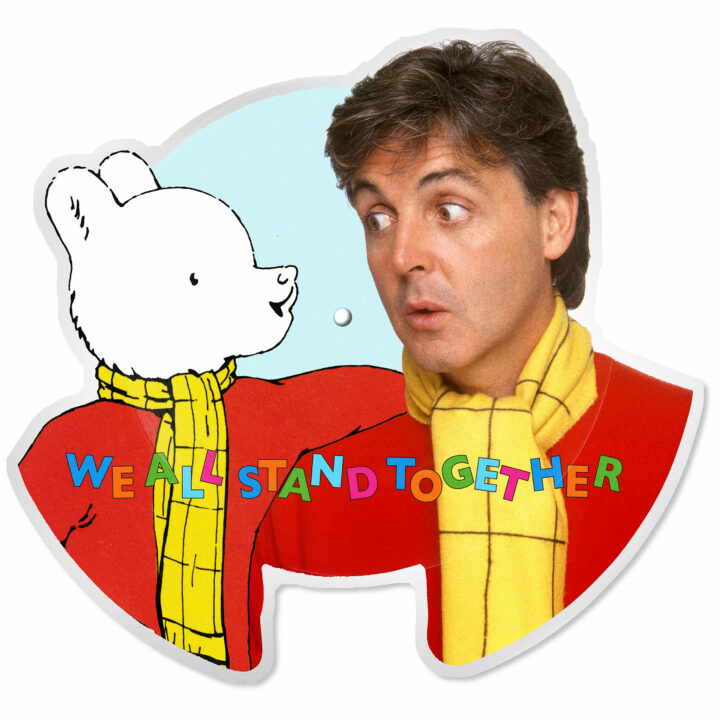 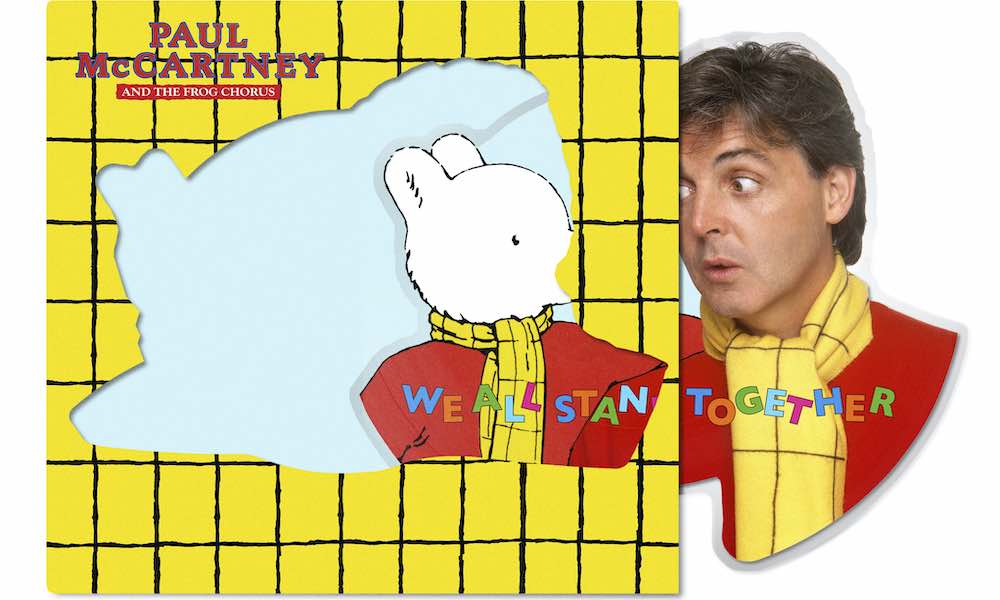 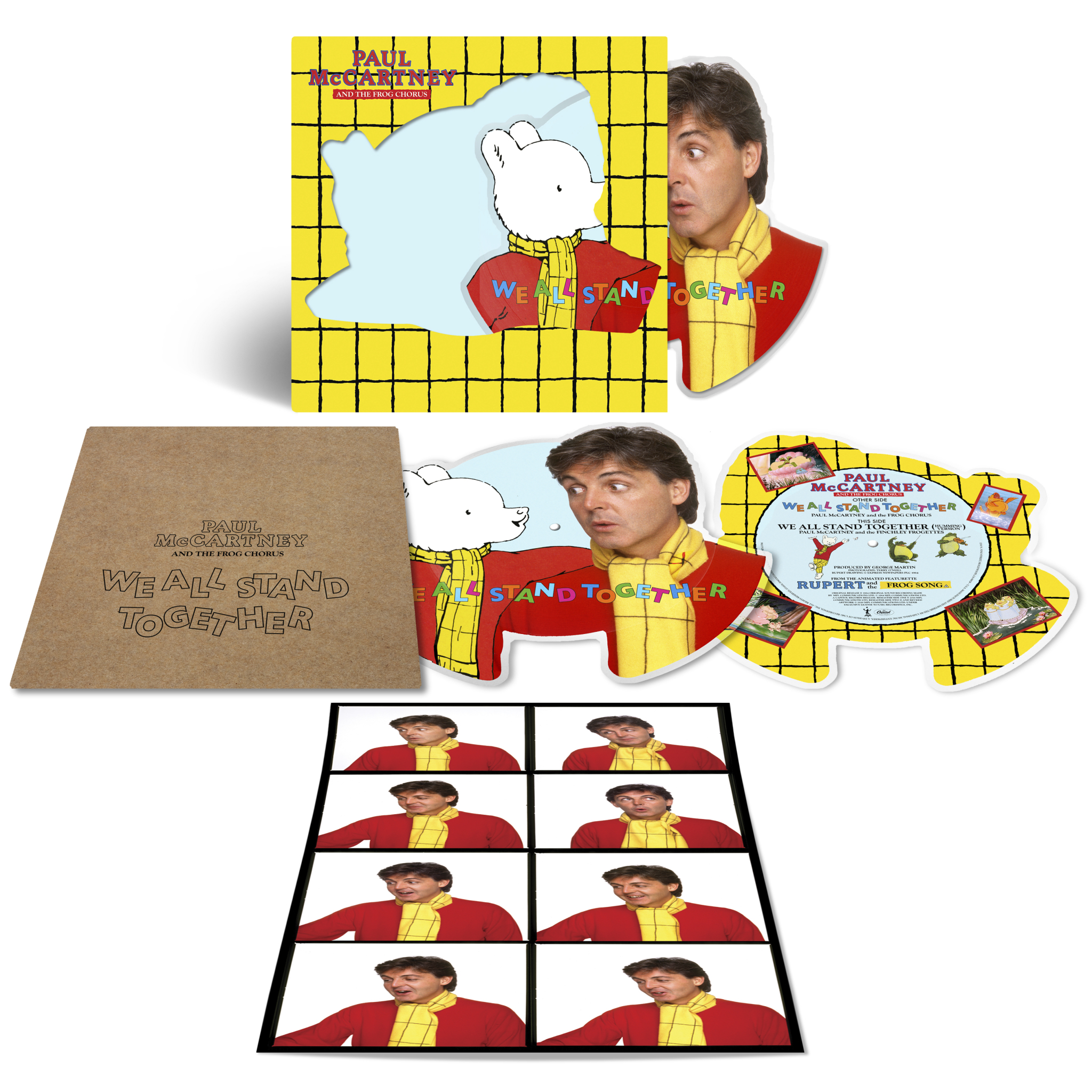 PAUL McCARTNEY AND THE FROG CHORUS – We All Stand Together

To celebrate the 100th anniversary of Rupert the Bear, MPL has restored and remastered in 4K the BAFTA winning Rupert and the Frog Song a 1984 short animated film, directed by Geoff Dunbar.To accompany the film a reimagined picture disc for ‘We All Stand Together’ is also set to be released. The track hit #3 on the UK Singles chart and then charted again a year later in 1985.

The 7” shaped picture disc with the iconic image of Rupert The Bear and Paul McCartney is packaged in a die cut sleeve to highlight the shaped vinyl and includes an exclusive folded poster in the sleeve and outer mailer.