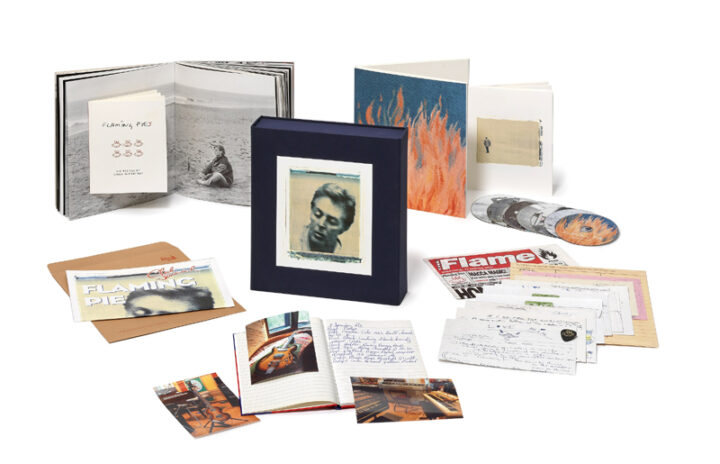 In terms of printed matter, you get a 128-page book with unpublished images by Linda McCartney, expanded album artwork from the archives and the story behind the album written by Chris Heath – including track-by-track information, recipes and new interviews with Paul, Ringo Starr, Jeff Lynne, Steve Miller and key album personnel. Also included is a facsimile of John Hammel’s studio notebook, a copy of Club Sandwich Magazine, Flaming Pie plectrum and envelope containing handwritten lyrics for 8 tracks and The Flame newspaper

CD3: In The Studio Bonus Tracks

DVD1: In The World Tonight (documentary)