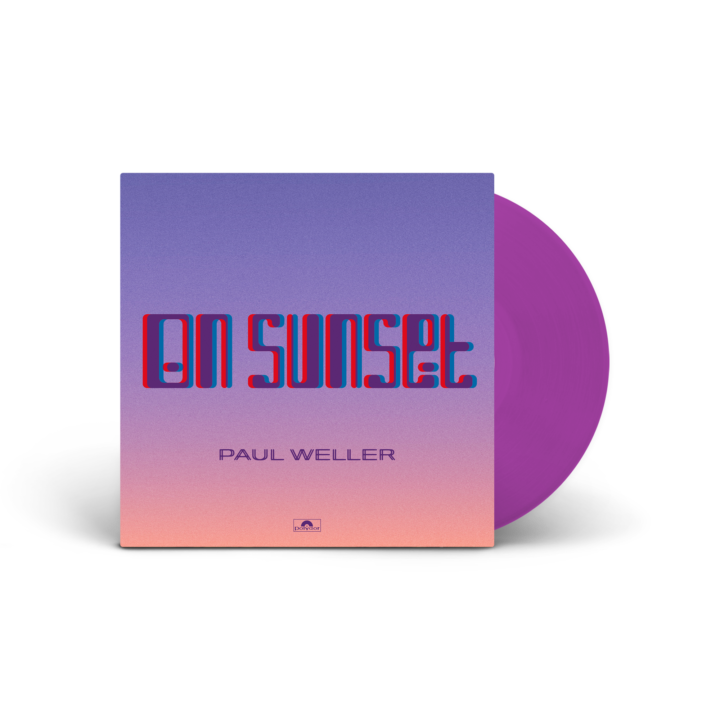 This is a presale order, release date JULY 3rd

All orders will be shipped on or before JULY 3rd

On Sunset features ten classic yet modern Paul Weller songs. On Sunset is a soul album. At the same time it’s also an electronic album, an orchestral album, an album packed with masterly pop songs and heart-tugging ballads, and an album filled with touches of experimentalism. It’s also an album that sees Weller taking a rare glance into the rear-view mirror as he speeds into the 2020s.

Weller started work on On Sunset soon after finishing 2018’s masterpiece True Meanings. Opening track Mirror Ball was from the True Meanings sessions and originally slated as a b-side. Thankfully it was rescued for On Sunset as it’s shimmering opener. As ever, Weller retains a rigorous forward-looking focus when it comes to seeking out the best contemporary sounds and music. But lyrically, Weller – back on his old home, Polydor Records for the first time since the Style Council days – is also starting to look back on the past with the insight of age especially on songs like Old Father Thyme.

Most of the album sees Weller multi-tasking on various instruments with accompaniment from his regular band – Ben Gordelier appears on all tracks and Andy Crofts on most whilst Steve Cradock pops up with his guitar on 4 songs. An eclectic and sometimes surprising gathering of guests appear on On Sunset including Slade’s Jim Lea contributing violin to the Bonzos-esque Equanimity, and Paul’s old Style Council chum Mick Talbot adds his signature Hammond Organ sound to 3 tracks. The beautifully lush More features a verse sung by French singer Julie Gros, from the band Le Superhomard (whose album Meadow Lane Park was one of Weller’s favourites of
2019) as well as the return of The Strype’s guitarist Josh McClorey. English folk trio The Staves contribute backing vocals for 3 tracks. Once again Hannah Peel sprinkles her magic over the album with string arrangements and The Paraorchestra were invited to add their expertise to 4 tracks.