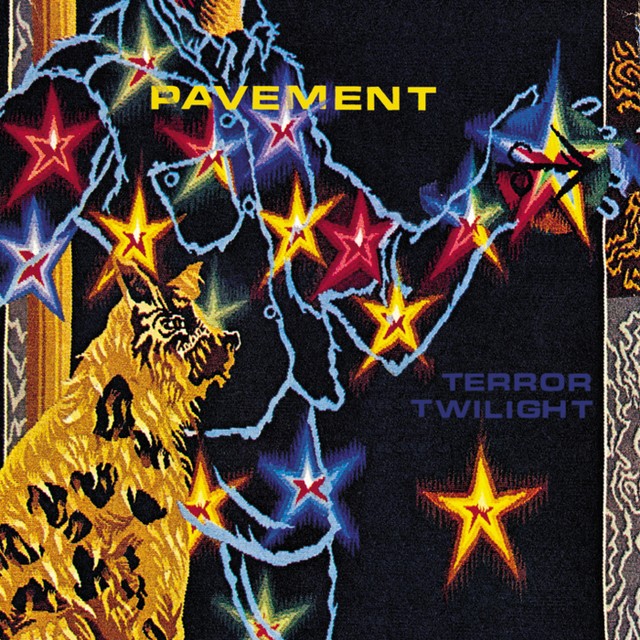 Terror Twilight is Pavement’s fifth proper studio album and perhaps their most confident effort to date. Opening with the surprisingly subdued leadoff single, the sinewy-sweet Spit on a Stranger (which sounds like the Velvet Underground after a couple of cartwheels), it’s clear that Pavement is in no hurry to recreate Slanted and Enchanted’s fractured and raw indie-pop. Instead of short bursts of jive poetry and razor guitars, the band opts for slightly longer songs with more subdued sonic explorations. Still, Terror Twilight never quite veers off into predictable directions; the boys’ talent continues to confound expectations. Unforeseenly unironic heartstrings seem to be the thing these days for Pavement. This album boasts their finest ballads to date – Major Leagues and Stranger – but the days of fiery songs like No Life for Ginger may be over. Malkmus and crew seem to be heading in the same avant-pop direction as built to spill. But while Pavement may be more laid-back, they’re still standing firm. Terror Twilight could be the bedrock upon which they build the rest of their career.