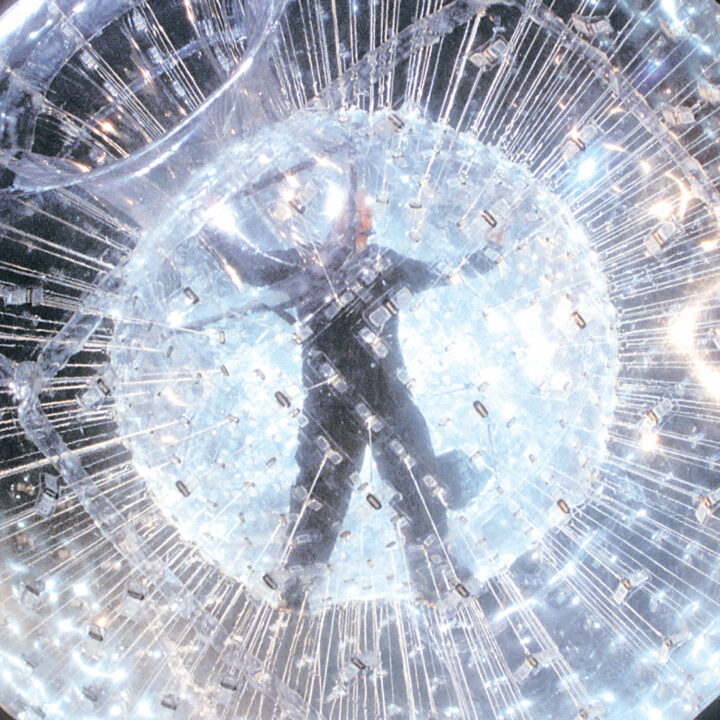 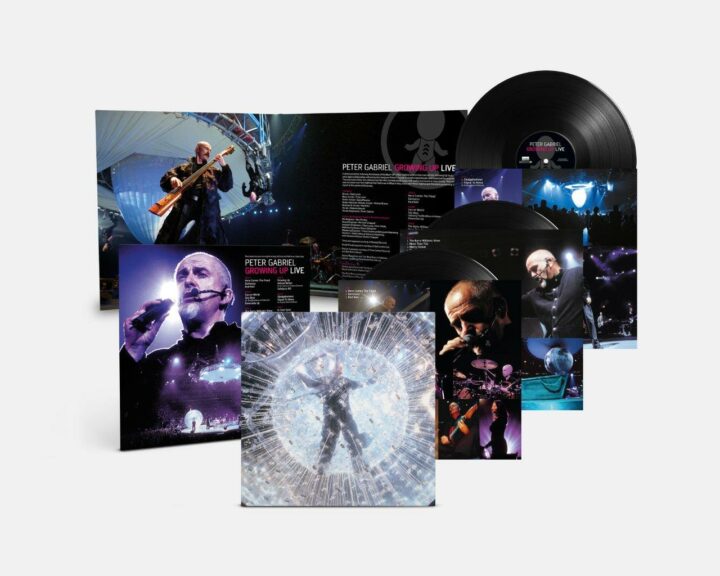 The album has been Half-Speed Remastered and cut to lacquers at 33RPM, across 3x heavyweight LPs, to deliver maximum dynamic range in the sound. Vinyl cut by Matt Colton at Alchemy Mastering, mastered by Tony Cousins at Metropolis and overseen by Peter’s main sound engineer Richard Chappell. The album looks amazing with a gatefold sleeve and full colour printed inner bags. This is the first time that Growing Up Live has been available on vinyl, with the LP designed by Marc Bessant at Real World.

In 2002 and 2003, following the release of his album UP, Peter Gabriel went on the road with his Growing Up tour, once again collaborating with production designer Robert Lepage to create a spectacular and theatrical live experience. The tour took in thirty-two cities across the USA, Canada and Europe and this concert performance was recorded over two nights at the Filaforum in Milan in May 2003, with Peter Gabriel and the band performing in the round at the centre of the arena. A concert film capturing the live show was released in late 2003, but Growing Up Live has never previously been on vinyl.