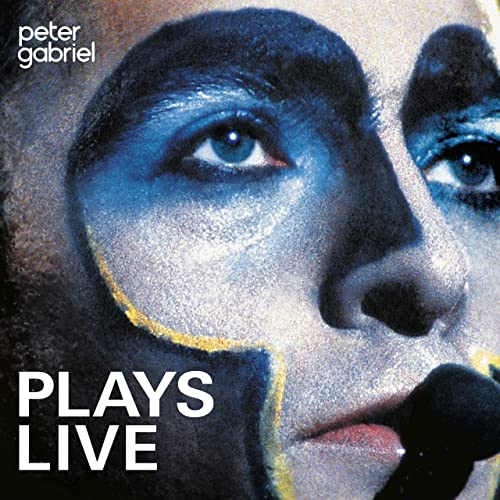 The album has been Half-Speed Remastered and cut to lacquers at 33RPM, across 2x heavyweight LPs, to deliver maximum dynamic range in the sound.

Vinyl cut by Matt Colton at Alchemy Mastering, mastered by Tony Cousins at Metropolis and overseen by Peter’s main sound engineer Richard Chappell. The album also looks amazing with a wide-spine single sleeve and full colour printed inner bags that are faithful to the original LP design. All images are newly re-scanned.

Plays Live was compiled from live recordings made at four venues across the American Midwest in late 1982. It is effectively a sign-off to the first phase of Peter Gabriel the solo artist. As such, it’s a celebration of all that was achieved on that opening quartet of self-titled long-players, while also standing as confirmation that Peter was an engaged and engaging frontman. At the time, all bar one of the tracks would be familiar to the Gabriel completist, the exception being the previously unreleased I Go Swimming. A studio vocal version of the song has still never been released.

The touring band captured by the recordings consists of Peter, alongside Jerry Marrotta (drums and percussion), Tony Levin (bass and stick), David Rhodes (guitar) and Larry Fast (synthesizer and piano), whilst the iconic cover image of Peter in ‘monkey mask’ make-up was taken by long-time collaborator Armando Gallo.