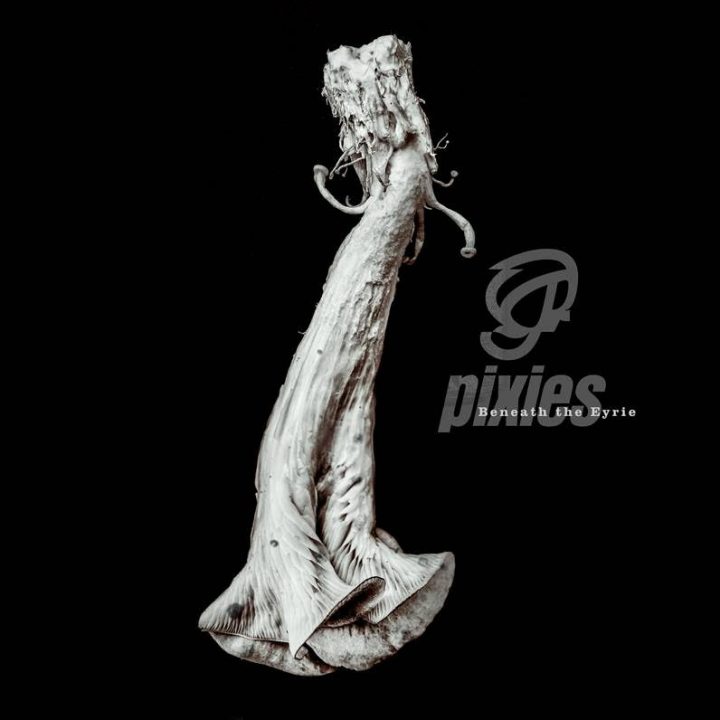 All orders will be shipped on or before Friday 13 september

Album Will be Pixies’ First Release for Infectious/BMG Worldwide

Beneath the Eyrie, produced by GRAMMY-nominated Tom Dalgety (Ghost, Royal Blood, Pixies’ Head Carrier), was written over the course of 2018 and recorded last December at Dreamland Recordings near Woodstock, NY.  While taking a break outside the studio – originally St. John’s Church built in 1896 – Lovering spotted an eagles nest – or “eyrie” – right above the studio in a tree.  Hence the album’s title, Beneath the Eyrie.

For the recording of the album, Pixies opted to shine a bright – and rare – light on the process, to document every moment of what took place in the studio for a 12-episode podcast titled “It’s a Pixies Podcast.” The podcast welcomes fans to witness the evolution of the album’s tracks, from their earliest stages to completion, in the studio’s control room, the main room, and in a special “video booth” where the band members offered their thoughts and observations throughout recording.    Produced by Pixies and hosted and narrated by New York Times best-selling author Tony Fletcher, “It’s a Pixies Podcast” debuts June 27 and will be available globally on Apple, Spotify, Acast, Stitcher, Google, and other platforms.

Pixies will support Beneath the Eyrie with an extensive 2019- 2020 world tour that kicks off Saturday, August 31 at the Daydream Festival in Pasadena, CA.  This will mark the first time the band has shared a stage with the festival’s curators The Cure in 30 years, the first time being in 1989 at L.A.’s Dodger Stadium.  Pixies will then head to the UK and Ireland for its first European tour in two years that begins September 13th.