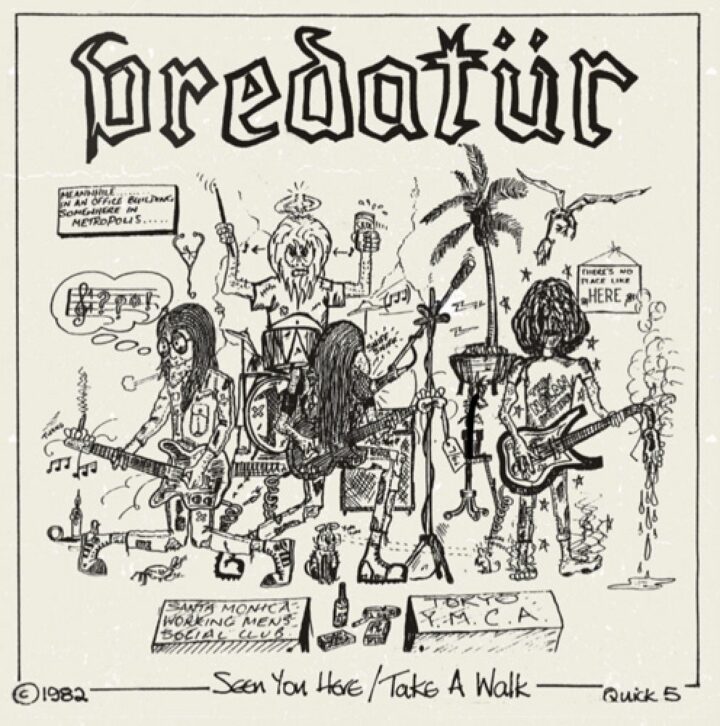 Predatür unleashed the irresistible Seen You Here 45 back in ’82. It was the Reading bands’ only single, but what a DIY total knockout blast of a vinyl forty five it is!!! The Motörhead-evoking umlaut aside, the overriding influence on the rough creation is Status Quo and (loads of) beer-stained guitar boogie. Housed in a picture sleeve that appears to have been drawn by someone in the last row of the class room and a sound that is perfect raw pub-metal and punk rock boogie, this is stuff destined to drive its listeners into an unhinged binge of air guitar frenzy and spontaneous loud hollers of joy. The original artwork from 1982 is reproduced and the sound is carefully remastered.

LABEL: On The Dole Records