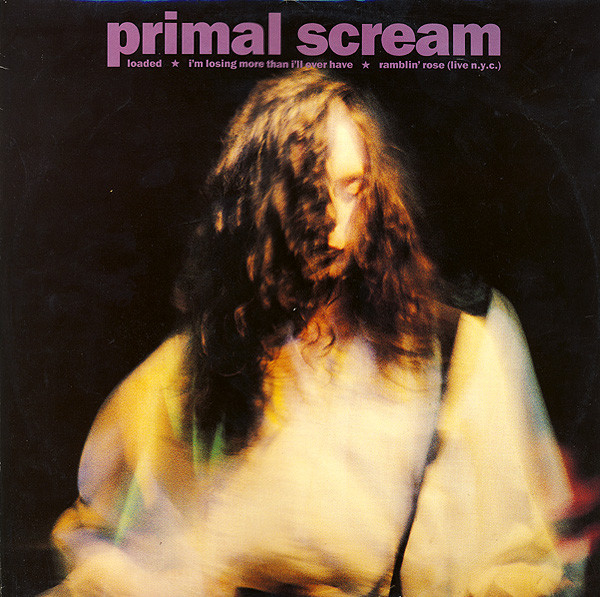 Loaded was the single that changed everything for Primal Scream. It started as a simple request from Primal Scream member Andrew Innes to Andrew Weatherall for a remix of the song I’m Losing More Than I’ll Ever Have off the group’s second (and self-titled) full length album, an album which hadn’t met with much success. Weatherall did one, slightly hesitant remix of it, and was then told by Innes to get radical with the rearrangement. Weatherall tossed the original Bobby Gillespie vocal and reworked the song completely, adding a looped beat he sampled from an Italian bootleg 12″ remix of Edie Brickell and The New Bohemians’ song What I Am (which itself used a lifted beat from Soul II Soul.) The pro-hedonism sample that introduces the song is of Peter Fonda dialogue from the 1960s motorcycle counterculture film The Wild Angels.

The sample serves as a statement of intent not only for the song, but also the then-forthcoming album Screamadelica, and, essentially, the entire Ecstasy era. The success of the resulting rock/electronic hybrid went to number 16 in the UK charts and set the template not only for Primal Scream’s future career but for an uncountable number of indie bands from that moment on (The Farm and The Soup Dragons were two early and obvious adopters of this new approach). Loaded, where the essence of the groundbreaking album Screamadelica was born, was substantially instrumental for revitalizing independent rock and dance for a new decade.