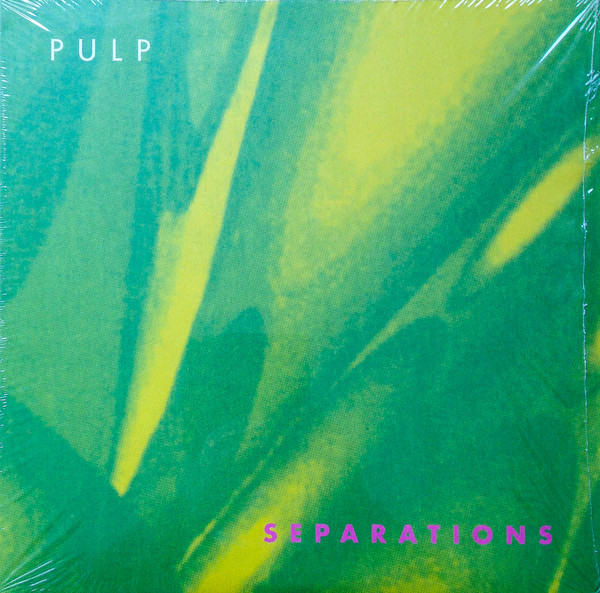 Their third and last album for the Fire label, Separations. By 1992 Pulp had already transformed from their debut It through the dark electronic phase of Freaks and were garnering significant momentum. Now critically acclaimed and with a live reputation matched by only a few, most of the songs on Separations sound fully-realised in that undeniably Pulp manner that was soon to be experienced everywhere. And, for the first time, there was an inescapable disco pulse. This is the transition album where Pulp, caught between a doomed romantic outsider past and an acid-bright future, made an album that brilliantly reflects both.

Beautifully re-mastered and repackaged and with liner notes by Everett True, the disc includes four bonus tracks, including Death Goes To The Disco, Is This House, as well as an extended version of the single Countdown and the previously unreleased Death Comes To Town.

Separations spawned two of Pulps most successful singles to date in Countdown and My Legendary Girlfriend, with the latter topping the singles of 1991 lists by major music publications.

A1 Love Is Blind
A2 Don’t You Want Me Anymore?
A3 She’s Dead
A4 Separations
A5 Down By The River
B1 Countdown
B2 My Legendary Girlfriend
B3 Death II

B4 This House Is Condemned

Death Goes To The Disco,
Is This House?
Countdown (extended version)
Death Comes To Town
Reviews (0)