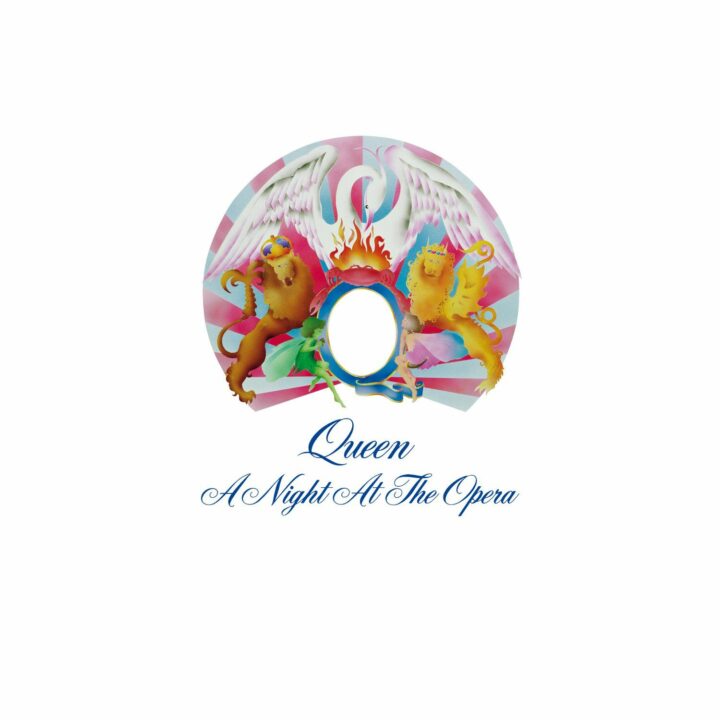 QUEEN – A Night At The Opera

180 Gram Vinyl. Mastered by Bob Ludwig. Half-speed lacquers cut at Abbey Road Studios. ‘A Night at the Opera’ is the fourth studio album by Queen, released in November 1975. Co-produced by Roy Thomas Baker and Queen, it was the most expensive album ever recorded at the time of its release. A commercial success, ‘A Night at the Opera’ has been voted by the public and cited by music publications as one of Queen’s finest works. The awesomely daft and supremely catchy ‘Bohemian Rhapsody’ aside, it contains the almost equally risible excursions ‘The Prophet’s Song’ and ’39’, a couple of the irresistibly amusing headbanger numbers that Queen could write in their sleep (‘Death On Two Legs’) and the very possibly heartfelt pop ballad ‘You’re My Best Friend’. Immortally baffling, like the pyramids. Yet also enjoyably compelling.