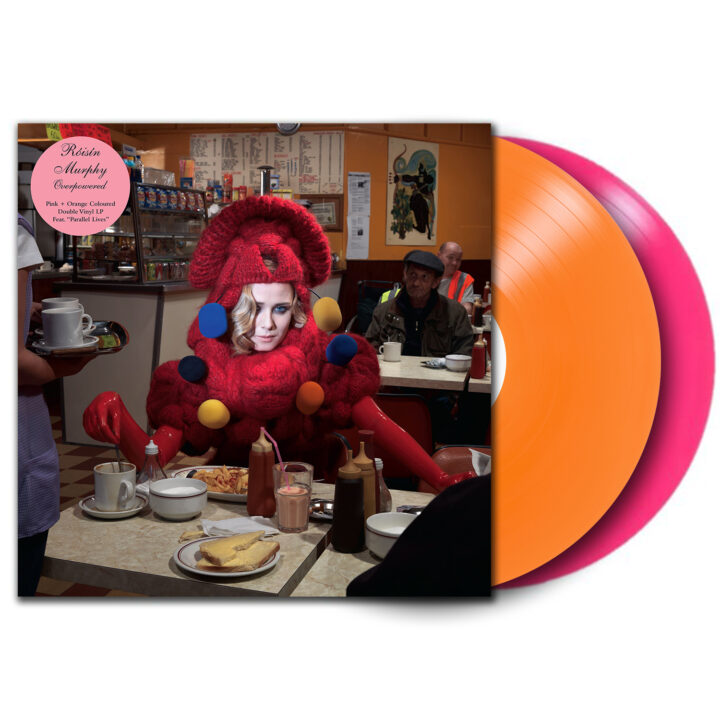 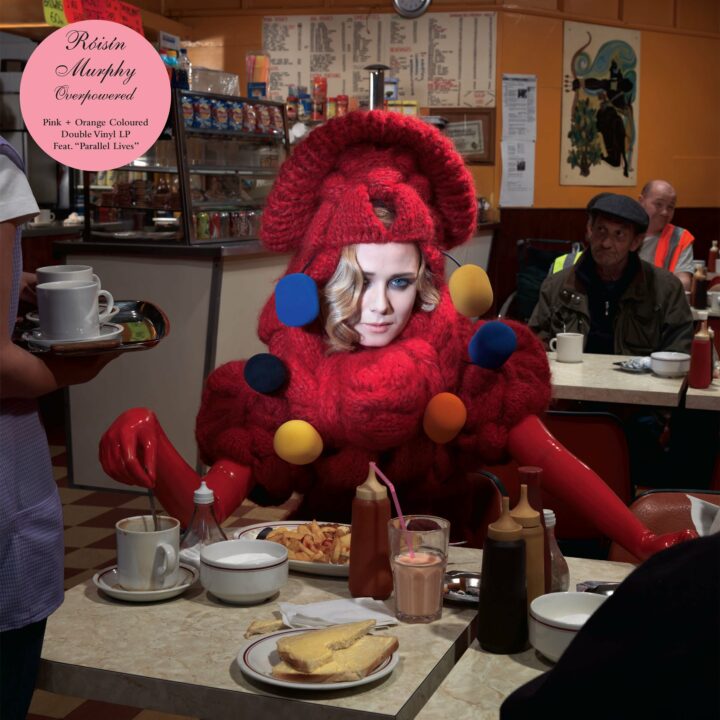 A singular presence in 21st Century pop, Róisín Murphy is a genuine maverick. Her seminal 2007 album Overpowered received widespread acclaim from music critics yet, arriving at a time of waning major label interest in vinyl, it was released only as a hyper-limited double vinyl LP. Accordingly, in the decade since, it has been obscenely difficult to find. It is a true honour to finally reissue this thoroughly modern dance-pop classic on Be With. Whilst remaining true to the loud pink and orange wax of the original release, this remastered edition enjoys the bonus inclusion of fan-favourite “Parallel Lives”, finally making an appearance on vinyl.

A sumptuous, all-killer electro-disco gem, every song could’ve been a smash. With its heavy disco influence – deep beats, lush synths and subtle horns and strings – Overpowered was focused solely on the dancefloor. Inspired by the Eighties proto-house of D Train, Mantronix and Gwen Guthrie, but also recalling the intelligent pop of Yazoo and early Eurythmics, Overpowered presented sensual electronic soul for the heads and the hips.

Her collaborators, including Timbaland mentor Jimmy Douglass, Bugz In The Attic and Richard X, constructed a gleaming shrine to the spirit of Bobby O and Giorgio Moroder by stitching together crisp synthesised beats with the slicker tics of early house. The lead single and title track lifted the bassline squelch from the dawn of cosmic disco — La Bionda’s “I Wanna Be Your Lover” — and the follow-up, “Let Me Know”, effortlessly incorporated the chorus of Tracy Weber’s 1981 boogie bomb “Sure Shot”.

The wonderfully dank, sticky R&B of “Primitive” is Murphy’s favourite track from the album: “I mean, who gets to put primordial soup in the first line of a song? That idea of not always being in control of the primitive parts of yourself, the bits that fall in love or the bits that dance or lose the plot or drink too much, and putting that across … that’s pop for me. It’s playing with all the different colours of the rainbow of life.”

Murphy’s blistering vocals are versatile enough to elevate the icy textures of “Dear Miami”, the sexed up kaleidoscopic funk of “Footprints” and the grace of “You Know Me Better”. Sharp, witty and heartbreaking, here Murphy laid claim to being the kind of strident disco singer “Dusty Springfield never quite had the abandon to become”, as Pitchfork noted in their original, glowing “8.0” review.

Overpowered was considered an instant classic and, sounding deeply prescient, it has aged gloriously. There has long been an acknowledgement of Murphy’s influence on other artists’ gonzo fashion, and many musicians have spent the last decade crafting dancefloor tracks that embrace piano house and disco, even if they’d pale when held next to “Let Me Know”. Shifting from the glam pop of “Movie Star” to the buzzing acid of “Cry Baby”, when the dubby ballad for her dad, “Scarlet Ribbons”, wends its way to the sweetest of endings, you realise you’ve been immersed in the best grown-up dance-pop album since Madonna’s Ray of Light.