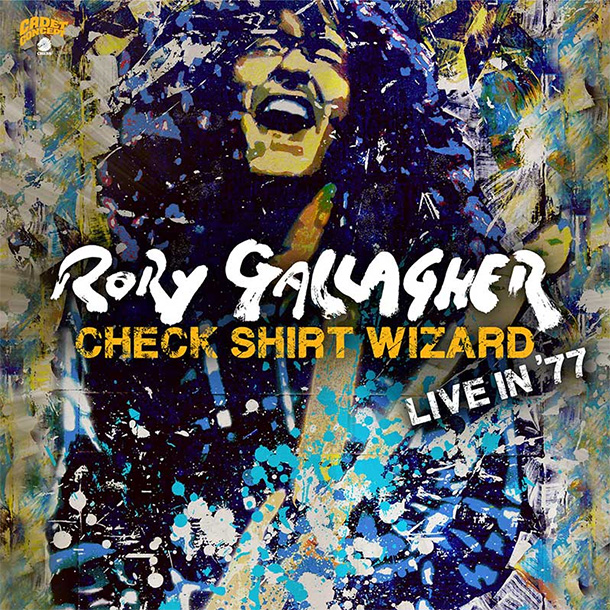 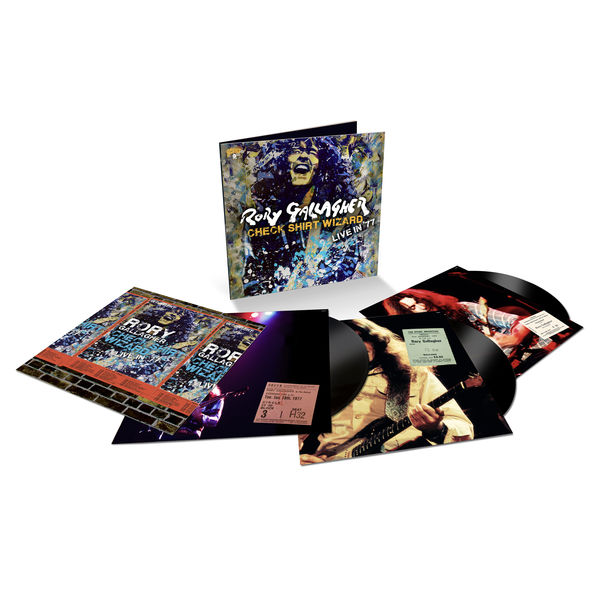 Rory Gallagher’s most successful albums are his live ones, such as “Live! In Europe” and “Irish Tour ’74”. He was an artist that came alive when onstage and this album covers a previously undocumented live period. This 20 songs, previously unreleased, set is culled from an early 1977 tour across the UK in support of his then latest album ‘Calling Card’. Featuring fantastic live versions of tracks from that album as well as songs from the 1975 ‘Against The Grain’ album and other career favourites. This new album has been mastered at Abbey Road. The cover painting is by a young Irish graffiti artist Vincent Zara who has stenciled Rory’s image across his home country.

Johnny Marr “The man who changed my musical life was Rory Gallagher, I picked up a guitar because of him.”

Slash “Rory didn’t sound like anybody else…He had a very individual, independent kind of tone and approach and everything. He’s always been a big hero to me.”

Brian May “He was just a magician, he’s one of the very few people of that time who could make his guitar do anything it seemed. It just seemed to be magic. I remember looking at that battered Stratocaster and thinking “how does that come out of there?”

Eric Clapton “The man who got me back into the blues.”

Jimmy Page “I really liked Rory, he was fine guitarist and singer and lovely man”

Keane – Cause And Effect...