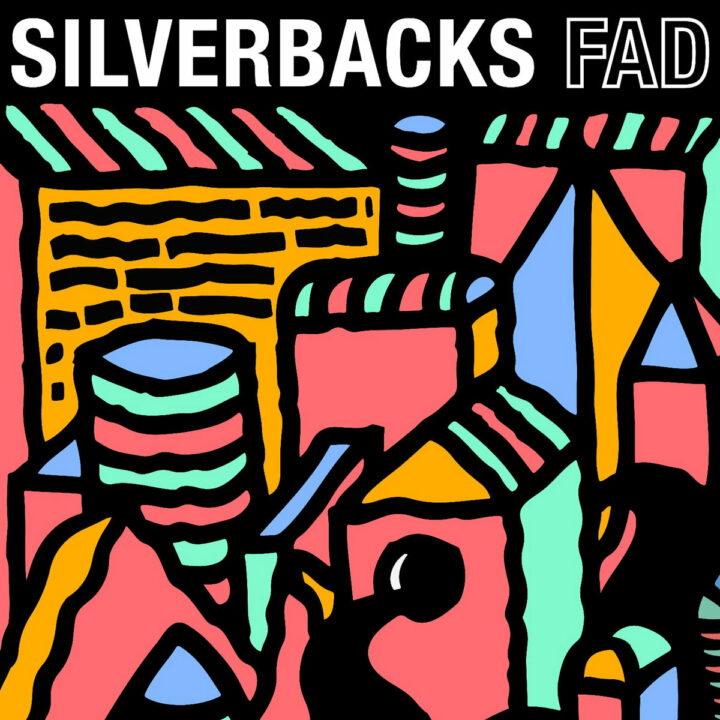 Silverbacks first full-length sees the Dublin group pulling from a melting pot of art-rock, post-punk, and ‘90s indie influences, resulting in a dynamic 13-track run that has a little something for everyone. Whether it’s the Blondie-esque ‘Up The Nurses’, the Pavement-leaning ‘Fad ’95’, the folky instrumental penultimate track ‘Madra Uisce’ or the huge chorus of ‘Grinning At The Lid’ which echoes classic indie sing-alongs, the group expertly dive into different genres with whipsmart lyrics that pack an instant punch. Presenting different characters, such as the man having an existential crisis in spiky opener ‘Dunkirk’, and packed full of quippy moments ala ‘Just In The Band’’s eye-rolling “Where’s his top? He’s just in the band”, Silverbacks’ ‘Fad’ is an excellent example of how a debut should be done.

Just in the band

Grinning at the lid