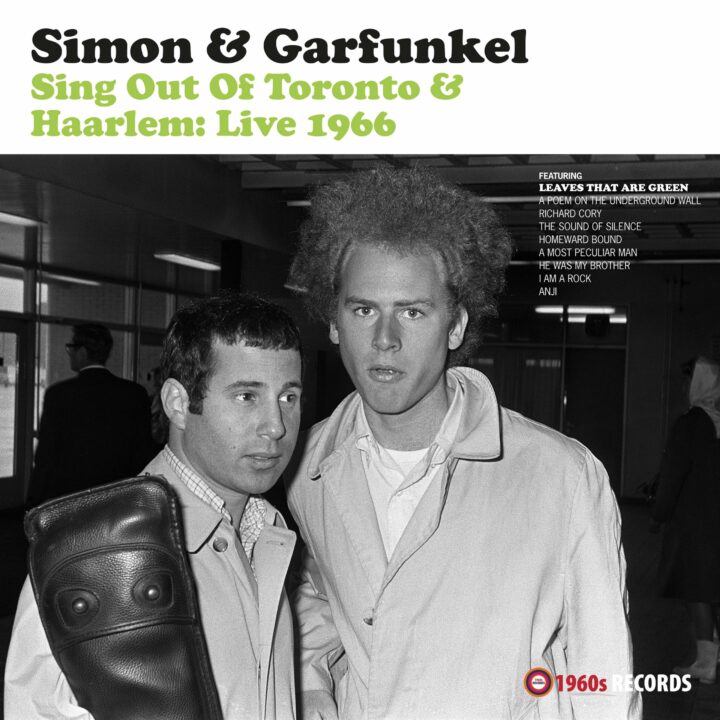 SIMON AND GARFUNKEL
Sing Out Of Toronto & Haarlem: Live 1966

Simon & Garfunkel were still largely playing the folk circuit in 1966, which in effect meant college campuses, since their recent chart success had made their audiences too big for folk clubs. They were captured on camera in February when they nipped over the border to Toronto University to record six songs for the Canadian TV show, Let’s Sing Out. The other live shows featured on this album come from TV appearances shot during the duo’s brief European tour in June that year; a 25-minute set for Dutch TV and three songs at a French rock festival where they improbably shared the stage with Screaming Lord Sutch and the Yardbirds.