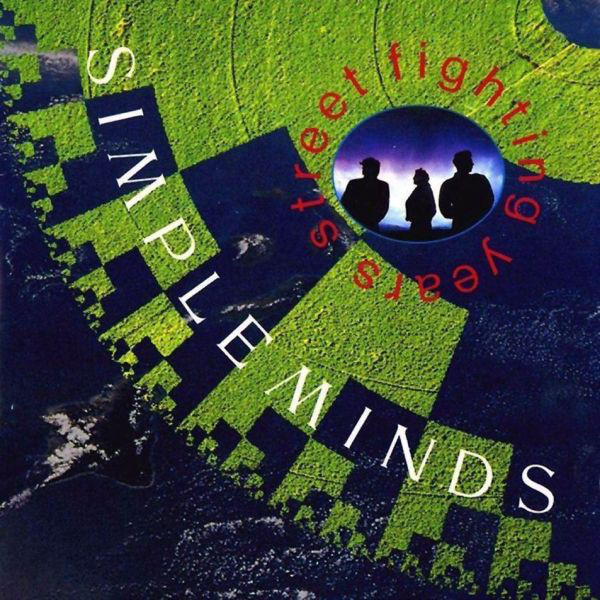 Street Fighting Years, released in May 1989 and produced by Trevor Horn (and Stephen Lipson) was Simple Minds’ eighth studio album. Recorded in Scotland between 1988 and 1989, during a period of personnel changes within the band, Street Fighting Years was a departure from the band’s previous sound. While still maintaining the Arena Rock sound the band were known for, they moved away from the Soul influences on the previous records and embraced a new Celtic / Folk sound. The lyrics built on the more political themes which the band had introduced with Ghost Dancing, covering topics such as the poll tax and the Irish ‘Troubles’, and political activists including Nelson Mandela and Steven Biko. The album became the band’s fourth successive number one album in the UK. It was released on the back of the chart-topping single Belfast Child, which was released three months earlier and had reached number one in the singles chart.

This version released in multiple formats and fully endorsed by the band, has been remastered at Abbey Road studios by Andrew Walters and contains the album as well as a bonus disc of B-sides, edits and 12 remixes, and most of the previously unissued Verona show from 1989. The booklet was designed by long time contributor Stuart Crouch and contains sleeve notes by Daryl Easlea who interviewed the band and producer Trevor Horn extensively for the set. These provide an insight into how the album was recorded and produced, as well as what was going on in the band at the time. This new album comes as a deluxe 4CD box with bonus discs containing remixes and B-sides, plus 2 discs of the band live in Verona.