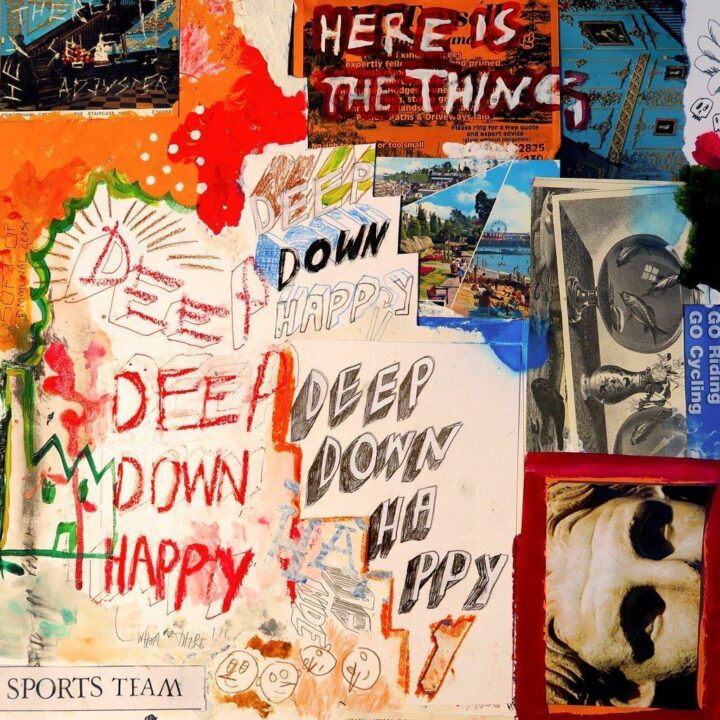 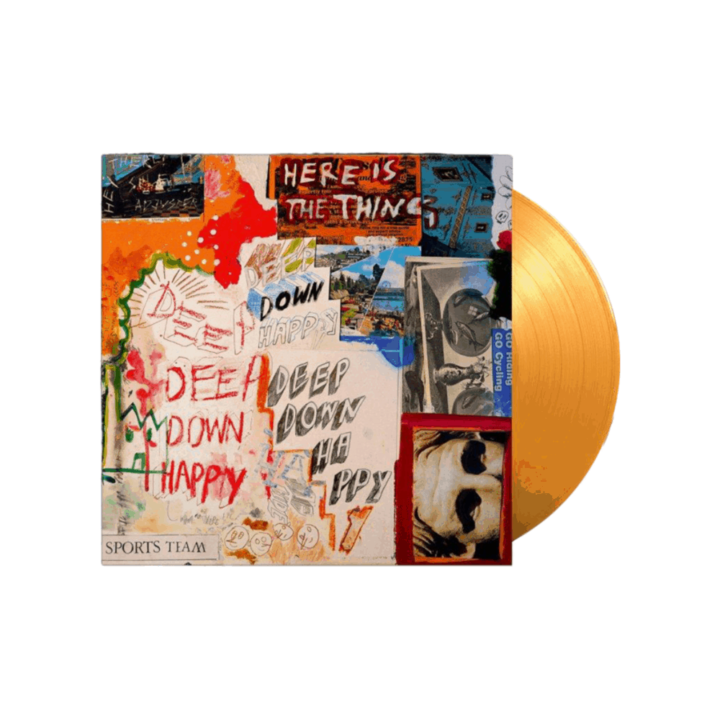 Here’s the thing… Sports Team are a band of six singular characters who have been variously described as one of the most raucous, electrifying and chaotic acts in the UK. This is their highly anticipated debut record, ‘Deep Down Happy’, which follows the acclaimed EPs, Winter Nets and Keep Walking!, and is their first release on the legendary Island Records label.
Sports Team came up on the back of word of mouth live hype, drawing round the block queues to chaotic early gigs at The Five Bells and Moth Club before releasing any music. Recording their first EP (Winter Nets) in a converted Timberyard in Hammersmith, the band have consistently set themselves apart from the acts they came up playing with, showing an intoxicating ambition, and their debut album Deep Down Happy, looks set to deliver on all bold claims, and confirm their place at the head of a group of young guitar acts.
Talking about the record charismatic frontman Alex Rice says: “I don’t think we were conscious of doing it but the album maps the journey of moving in together in Harlesden, moving back to home towns to sleep on floors for 18 months, then coming back to London, weighing up whether being in a band with your mates, being young in London is still the best thing in the world. I think it probably is.”