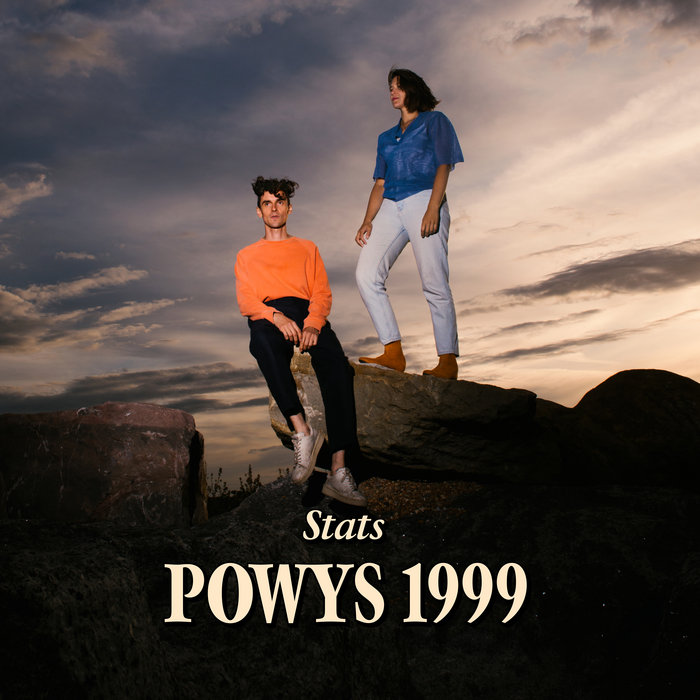 London band Stats release their new album Powys 1999, via Memphis Industries. While the band’s critically acclaimed debut album Other People’s Lives – loved by everyone from Elton John to Phoebe Waller-Bridge – was recorded in a two-day burst, capitalising on a gap in front man Ed Seed’s busy schedule touring with Dua Lipa, Powys 1999 is different. There’s a dense narrative to the album that explores personal upbringing – and the potential untrustworthy memories that come with such reflection – along with the industrial, financial and political landscape of the countryside.

The album from the Sparks-esque On The Tip Of My Tongue to the pulsing dance floor rager of Kiss Me Like It’s Over via the electro-pop-funk swagger of Naturalise Me and the stirring piano stabs and vocal harmonies of Travel With Me Through This Ghost World (featuring Emmy The Great). The record flows like the rolling hills that surrounded its creation. The band being locked away living and eating and playing together also drew out the deep musical bond they share.