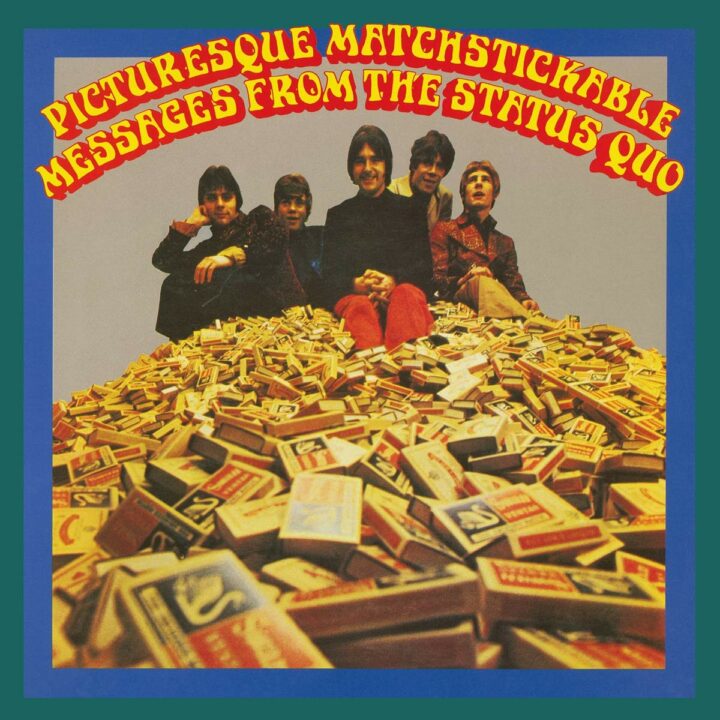 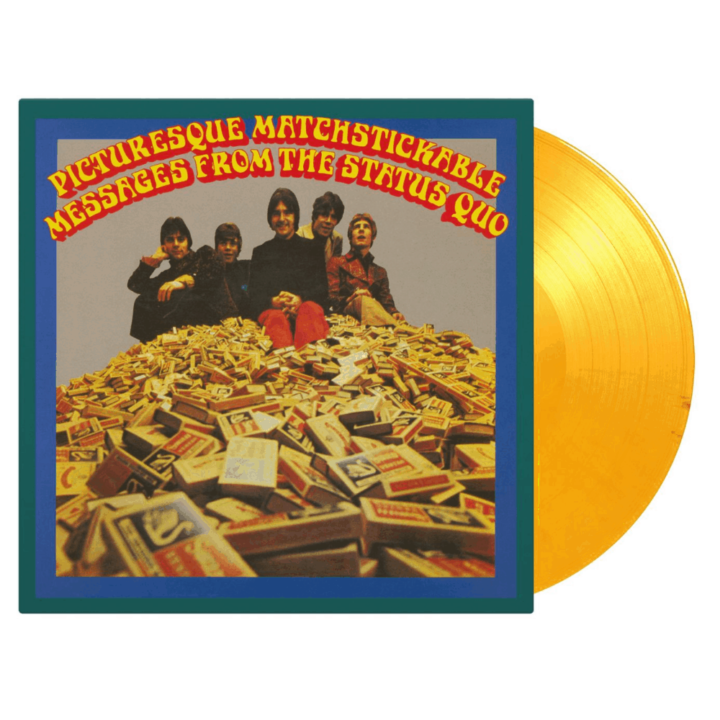 Mono and stereo versions. In 1968 Status Quo’s first hit record “Pictures of Matchstick Men” was released and the debut album soon followed. The single reached #7 in the UK, and remains the band’s only major hit single in the US, where it reached #12. Picturesque Matchstickable Messages from the Status Quo features several covers, including “Green Tambourine” by The Lemon Pipers and “Spicks and Specks” by The Bee Gees. South London members Alan Lancaster (bass) and Francis Rossi (guitar) were the original members and founders of Status Quo. Formerly known as The Spectres and later renamed to Traffic or Traffic Jam they settled for Status Quo as their band name in 1967. The following years they were joined by John Coghlan (drums), Roy Lynes (keyboard) and Rick Parfitt (guitar).