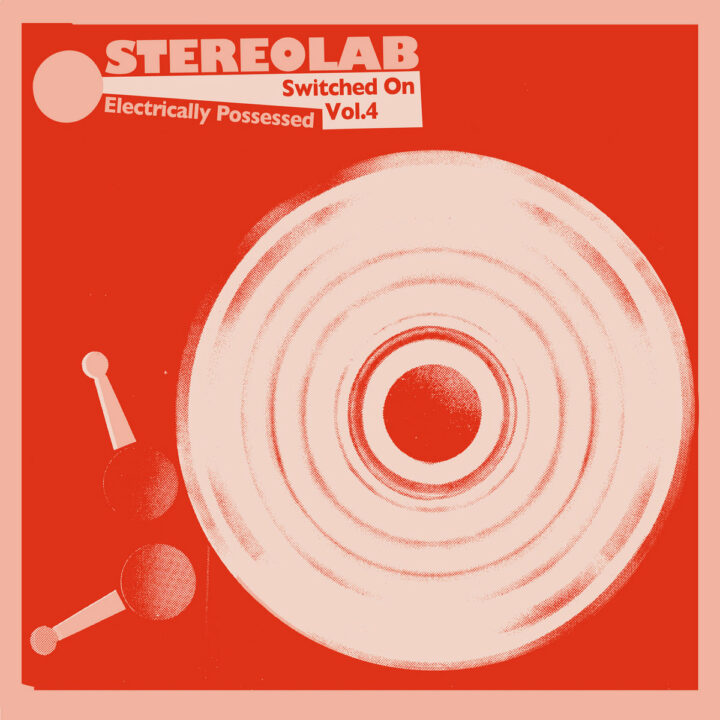 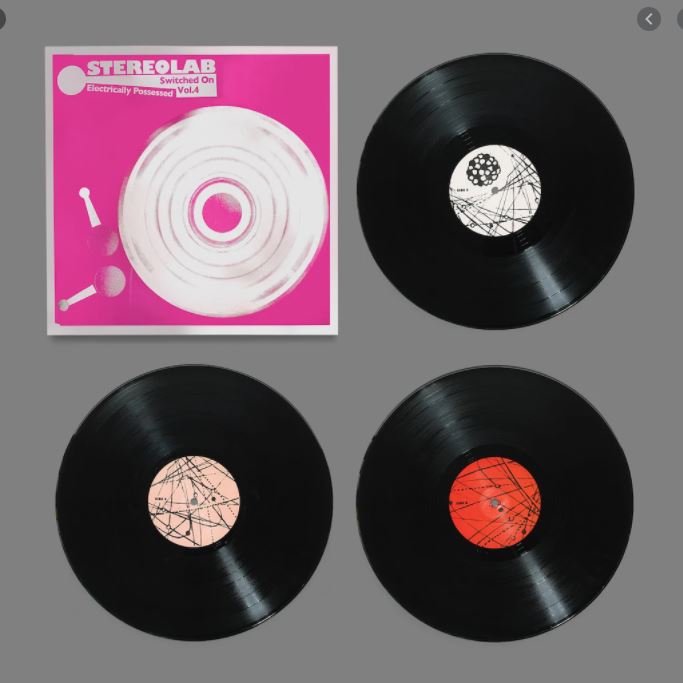 The fourth in the Switched On series that compiles non-album tracks and sought after deep cuts by the groop. Following on from the first volume released in 1992, 1995’s Refried Ectoplasm, and 1998’s Aluminum Tunes, the long-awaited fourth installment spans 1999 – 2008 in the Stereolab story and collates 3 LPs worth of material, all remastered from the original tapes and overseen by the band. It features all the tracks from out-of-print and sought after mini-album The First Of The Microbe Hunters, one-off and impossible to find tour 7″s, compilation tracks, art installation work and a couple of unreleased outtakes from the Mars Audiac Quintet and Dots and Loops recording sessions.

** track
B.U.A was written for a further collaboration with Charles Long [Stereolab had previously worked with him on Music For The
Amorphous Body Study Center in 1995].
The artwork is called B.U.A [Burnt Umber Assembly] : An Entanglement of Wholes [1998].
B.U.A is previously unreleased.

% track
Variation One was written for a film soundtrack and compilation CD for “Moog“, a documentary about Robert Moog. Originally
released 14th September 2004 via Hollywood Records.

++ track
Calimero was originally released July 1999 via Duophonic Super 45s. Catalogue number DS45-25. A collaborative 7″ release
between Brigitte Fontaine and Stereolab. The B side was Cache Cache by Monade.
A total of 4100 vinyl copies were pressed [1800 on white vinyl and 2300 on black vinyl], there was also a CD edition of 7076 copies.