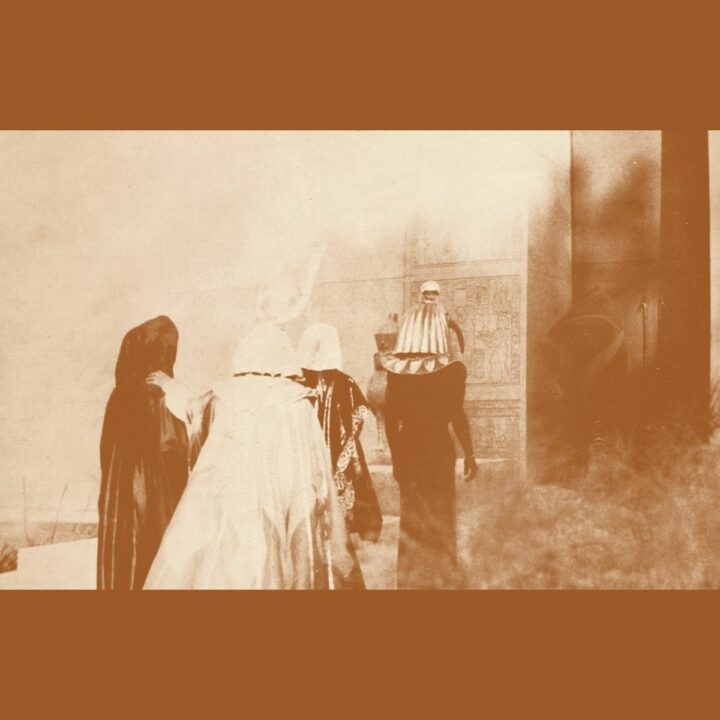 This release comprises recordings made by Arkestra member Thomas “Bugs” Hunter made in December 1971 in the streets around the Mena House Hotel, Giza, from a concert held at the house of Goethe Institute ex-pat Hartmut Geerken in Heliopolis, from a live Cairo TV channel broadcast and a concert at the Ballon Theatre in Cairo.

The impact and significance of these few weeks upon Sun Ra can be measured by the growth and development of his output over the next few years; the immediate post-Egypt period included new studio and live recordings on the Saturn, Blue Thumb, Atlantic and Impulse labels and the Space Is The Place movie. Ra also edited the three LPs of the Live In Egypt series which were subsequently released on his Saturn record label and its affiliated twin, Thoth Intergalactic: Dark Myth Equation Visitation, Nidhamu and Horizon. These three albums are now reissued as single LP editions in their original artwork.

A4. The Light Thereof