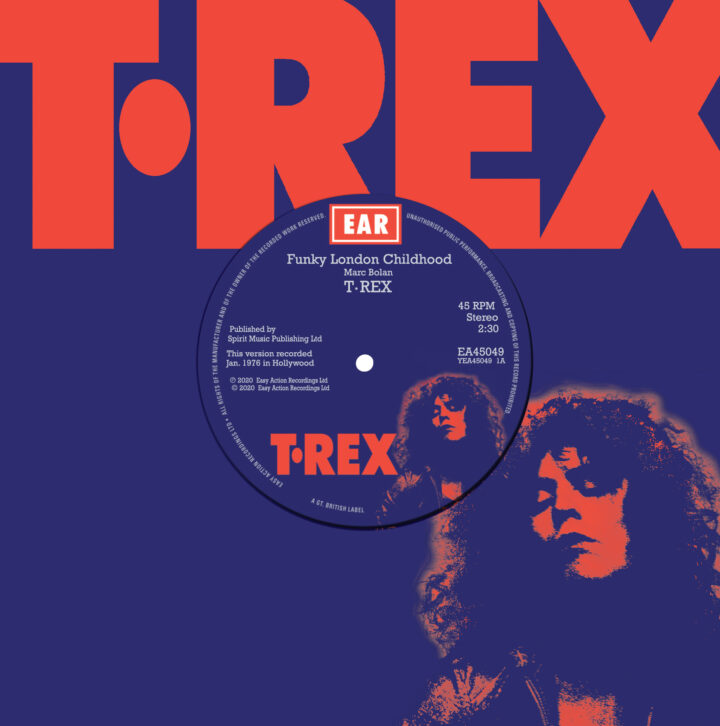 The last in this year’s ‘alternative singles’ series features a track that was never issued in Marc’s lifetime – Funky London Childhood was shelved in favour of London Boys as a single (a broadcast version of which is also included here ). Funky London Childhood eventually was renamed Visions of Domino and rerecorded as an album track for the Dandy In the Underworld album issued in 1977. By early 1976, the much delayed Futuristic Dragon album was due to be issued along with a full UK Tour, although since finishing the album Marc had recorded enough material for two more albums, most of which would also get shelved and never see the light of day in his lifetime. Two tracks on the B side are in keeping with many T.Rex singles of the day and aligning with today’s guidelines of how much time we can get of optimum sound on 7” vinyl.