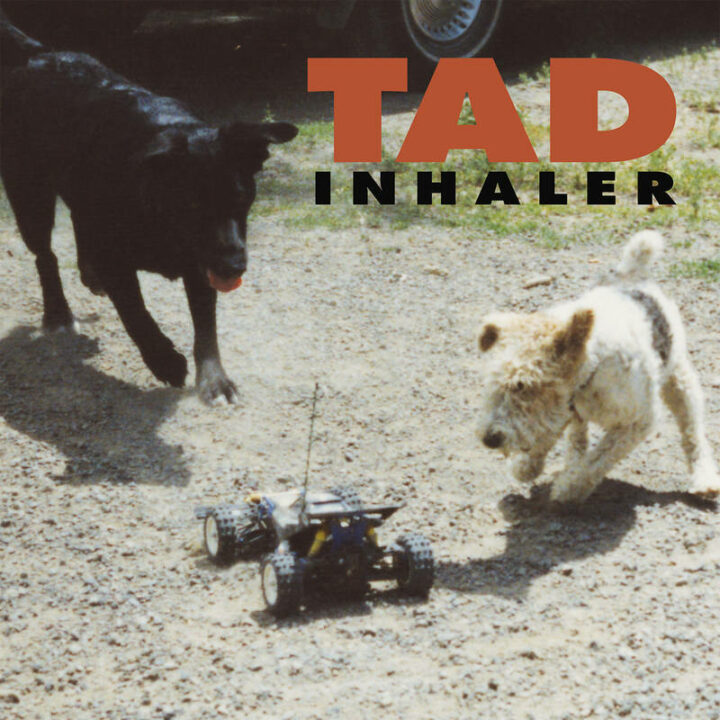 Grunge metal greatness! This 1993 record marked Tad’s major label debut (on the Giant imprint), and for it the band brought in Dinosaur Jr.’s J Mascis to produce. The result was a more focused album than Tad’s previous outings, laced with piledriver riffs ‘n’ hooks and some wicked humor, even as the band grappled with such disturbing topics as Ted Bundy and child abduction. The band toured with Soundgarden behind this record; though that didn’t lead to the hoped-for commercial breakthrough, it did cement Inhaler’s status as the go-to record in Tad’s catalog. Only out on LP for a heartbeat upon its initial release, and never reissued since, Inhaler comes in tan, black and red “Mutt Mix” swirl vinyl limited to 3000 copies for RSD Drops.