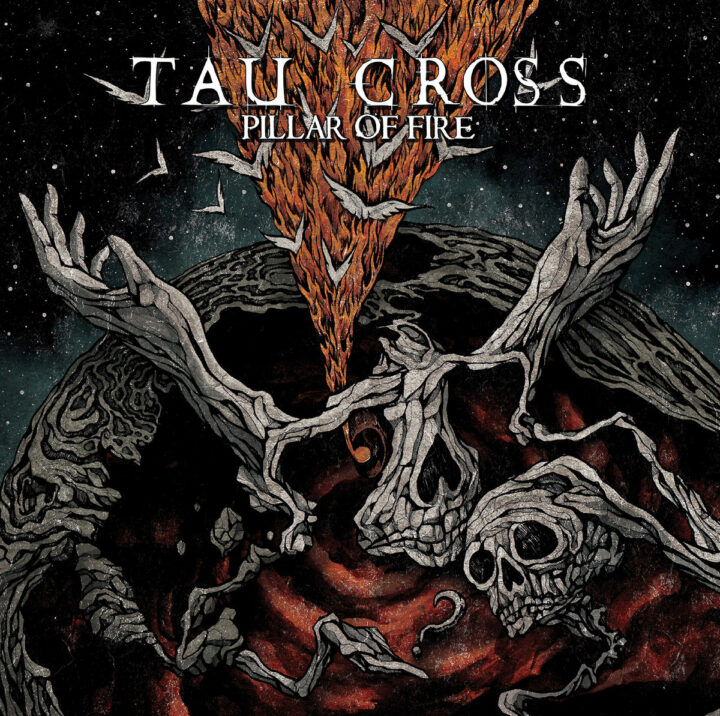 • Includes the singles Killing the King & Deep State and Killing The King.

Tau Cross’ musical style is primarily described as crust punk, punk rock] and heavy metal, with many critics referring to it as a continuation of the style of Miller’s previous band Amebix The band have also been described as alternative rock, gothic rock, traditional doom metal, post-punk, progressive rock and thrash metal and industrial. Citing influences such as Killing Joke, Black Sabbath, Pink Floyd, Joy Division and 16th century English mysticism, their music has also been compared to the work of Motörhead, Prong and New Model Army.

Cult Nation: Appraisal of the album Pillar of Fire The first three tracks of Tau Cross’s new 2 x LP Pillar of Fire are straight up post-crust type ragers in the vein of Zygote, heavy with crunchy guitars and helmed by singer Rob “The Baron” Miller’s raspy, Lemmy-esque vocals. The first track on Pillar of Fire, “Raising Golem,” has a twinge of Killing Joke’s “Pssyche” going on with the main guitar riff. And except for three of the tracks on the album, there is a vibe of hard rockin’ Motörhead worship throughout –no surprise given the common musical background of most of Tau Cross’ members in the crust scene. Remember Amebix‘“Right to Ride”? That’s a good sonic reference point for what is going on here – heavy biker-sounding rock but with a much better production than was ever available to some of the members’ previous crusty projects (singer Rob “The Baron” Miller is listed as the co-producer for the LP, and he’s done a damn fine job).

Lyrics touch upon common Amebix and Tau Cross themes: the existential state of man’s spiritual and primeval side coming into conflict with the soul-draining forces of modern industry, technology, and global political chicanery. Tau Cross are a six-piece on this LP, too, unusual for a band these days but beneficial in this case for the full, mature sound that the band brings to the record. Three of the eleven tracks are acoustic, folk-ish numbers with synth texturing thrown in for atmosphere – neofolk in the real sense, especially given the lyrical disdain for modernity. (And am I crazy or in these more subdued tracks, as on the “Pillar of Fire” title track, do Rob’s vocals remind a bit of David Bowie or Peter Murphy in their quieter moments?) Track 4, with the topical title “Deep State,” showcases some guitar-work reminiscent of John Christ’s guitar on the early Danzig LPs – 6 good stuff. Lyrics have repeated reference to knights, swords, kings, the sea, sacred rites, profanation, fallen gods, the unholy – mostly as allegory to highlight an ongoing conflict between the mystically-inclined instincts of man contrasted to our modern era of mindnumbing wage slavery, consumerism, and earth-destroying industrial development. The song “RFID” portrays a world choking in the strangling grip of omnipresent surveillance and marketing technology.

KREATOR – Under The Guil...