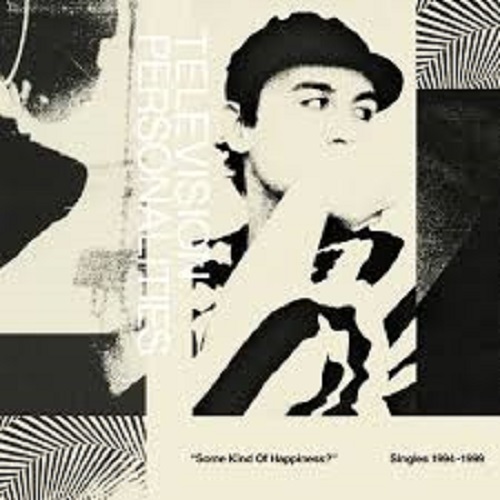 A two disc retrospective of every single track released by The Television Personalities between the tail end of 1994 and 1999. Featuring Legendary songwriter Dan Treacy, a gifted teller who places the world in his own hazy shade of focus, heading deep into introspection.

Featuring all the EP and single tracks that originally appeared on a host of indie pop labels, it’s a cohesive trip into the mind of the songwriter along with a host of his favourite cover versions. I’m Not Like Everybody Else, Do You Think If You Were Beautiful You’d Be Happy, Time Goes By So Slowly When You’re Drowning, Now That I’m A Junkie!, The Boy Who Couldn’t Stop Dreaming, it’s heart on the sleeve stuff delivered as indie pop poetry. A diary of demise. All in a lavish package with extensive sleevenotes and unseen photographs.

SIDE ONE I’m Not Like Everybody Else, I Hear A New World, I’ve Been Down So Long It Looks Like Up To Me, Whatever Gets You Through The Night, He Used To Paint In Colours, Who Will Be Your Prince?

SIDE TWO Do You Think if You Were Beautiful You’d Be Happy, I Suppose You Think It’s Funny, Time Goes Slowly When You’re Drowning, Meanwhile In A Luxury Dockland Home.

SIDE THREE I Was A Mod Before You Was A Mod (Easy Mix), She Lives For The Moment, None Of This Will Matter When You’re Dead, Jennifer Julie & Josephine, Now That I’m A Junkie!, How Does It Feel To Be Loved?

SIDE FOUR Seasons In The Sun, Bike, No-One’s Little Girl, The Boy Who Couldn’t Stop Dreaming, When I Grow Up I Want To Be…