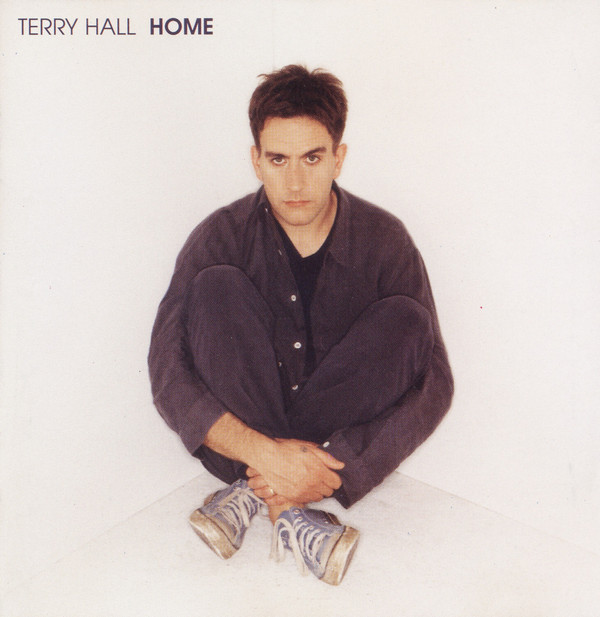 Twenty-six years have elapsed since the original release of Home, but this Record Store Day sees its long overdue debut on vinyl. It might have been the first album which saw Hall step forward from a group identity, but Home was Hall’s ninth in various guises since the emergence of The Specials’ self-titled LP in 1979. It had taken Hall a while to find his feet as a songwriter. With Jerry Dammers so prolific in that regard, Hall found himself in a strange position at the end of that group’s collective lifetime. The Specials had made him a pop star, but he didn’t feel like one. By the release of Fun Boy Three’s second album Missing (1983), the competition was Wham!, Duran Duran, Spandau Ballet and Culture Club. Nothing wrong with any of those, but Hall would see himself staring back from the pages of a magazine alongside all the aforementioned names and experience what he called “a total cognitive disconnection”.

Home, then, was the culmination of a long process which saw Terry Hall separate his lack of love for the job of pop star from his adoration for pop itself. In solving that conundrum, it sounds like a weight has been lifted from Hall. Like a code has finally been cracked. Somehow emblematic of that process is the album’s lead single Forever J, a song that Hall had started writing about his wife Jeannette almost a decade previously, but only finally came together when Hall presented it to the album’s producer Ian Broudie (The Lightning Seeds) as the sessions got under way. Alloyed to a disarmingly beautiful chorus, this ticker-tape flurry of unguarded intimacies might just be the most perfect pop song of an era that wasn’t exactly lacking in competition – and although it didn’t crack the top 40 at the time, it cemented the affection in which an emerging generation of proficient popsmiths held him: Jarvis Cocker did his own remix of the song and Damon Albarn sang Hall’s praises at every opportunity.In commencing the record, Forever J set the tone for what follows on the remainder of Home. Yes, it’s a solo album, but the engine of these performances is a stellar “house” band comprised of Craig Gannon (The Smiths, Aztec Camera, The Bluebells), Les Pattinson (Echo & The Bunnymen) and Chris Sharrock (The Icicle Works, The La’s).

This illustrious roll call is one that extends to the songwriters with whom Hall collaborated on the record. Co-written by Nick Heyward, What’s Wrong With Joy is a synergy of seeming incompatible components: its life-affirming power pop livery freighting a cargo of self-doubt (“I’ve got a bag full of promises I can’t keep/And a hundred reasons why I don’t sleep”) and good intentions (“All I wanna do is make your dreams come true”) to the affections of anyone who hears it. Andy Partridge steps forward to share the credit on Moon On Your Dress and I Drew A Lemon: the latter a rebuke to the man who will never love her the way our lyrical protagonist pledges to; the former a longtime favourite among fans of both Hall and XTC for the sanguine self-deprecations that manage to captures something of both artists’ relationship to the world around them.

And, of course, if you have Ian Broudie manning the console, it would be obtuse not to write a song or two together.With a friendship dating back to the early days of The Specials (the young Broudie saw Hall’s pre-Specials outfit The Coventry Automatics open for The Clash in 1978) the measure of the pair’s chemistry stretches beyond Broudie’s production role to encompass two of the album’s indisputable highlights. Featuring the unforgettable couplet, “If ifs and ands were pots and pans, you’d be a kitchen”, You sees its protagonist trying to persuade his subject to see in him what he sees in her. The other Broudie co-write on Home will need no introduction to most pop fans. Sense is the song which gave its name to The Lightning Seeds’ second album, giving the group their third top 40 hit in 1992.The version sung here by Hall though benefits from the Sharrock’s pugnacious Keith Moon-isms and, of course, the buccaneering fretboard work of Craig Gannon.