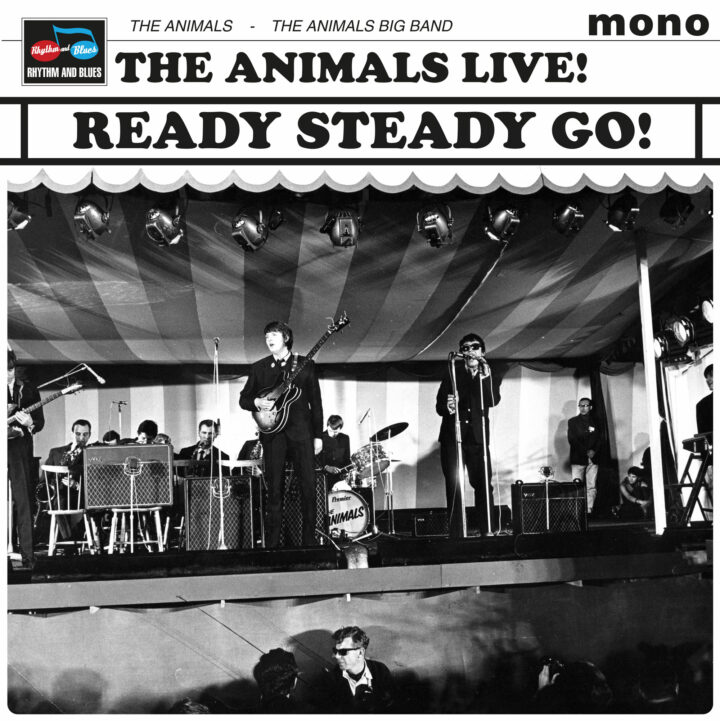 The Weekend starts here. That was the invite we got when we tuned in to the best music show in the UK, nay, in the world every Friday evening from August 9, 1963 to December 23, 1966. The LP you have in your hands contains 13 tracks from the Animals on RSG, from 1965 and 1966, an interview with Eric Burdon and 3 tracks from the Richmond Jazz and Blues Festival in August 1965. For the latter occasion the boys had supplemented their stage presence by brass and horn players – with several being British jazzers of some repute – and had christened the new ensemble, The Animals Big Band. The Big Band “extras” appear again on the opening tracks of this album, Let The Good Times Roll and Talkin’ Bout You and demonstrate that the experiment worked superbly. No British band has ever sounded this close to an American black jump blues outfit before.