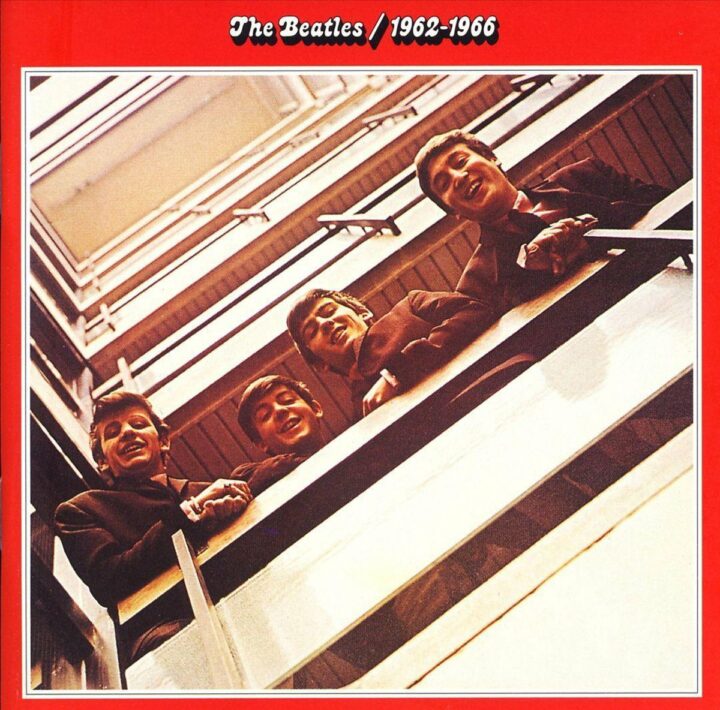 This superb compilation, often called ‘The Red Album,’ brings together the majority of the Beatles’ hits from the early to mid ’60s. consequently, it plays like an overview of the some of the most popular and indelible rock songs of all time. from the ‘yeah, yeah, yeah’s of ‘She Loves You’ through the amped-up giddiness of ‘I Want To Hold Your Hand,’ the minor-key melodicism of ‘and i love her,’ and on to the chiming power pop of ‘Eight Days A Week’ and the tweaky feedback of ‘I Feel Fine,’ these are the songs that turned the entire western world on its ear. The second half of the set – in addition to its phenomenal songs – is interesting in that it charts the Beatles’ move from straightforward pop toward the new chapter of rock the band would help script in the late ’60s. after the expansive chords and slinky melodies of ‘ticket to ride,’ the band becomes alternately darkly introspective (‘Yesterday’) and looser and more groove-obsessed (‘Drive My Car’), while trying on allegorical Dylan-inspired narratives (‘Norwegian Wood (this bird has flown)’), and happy-go-luck psychedelia (‘Yellow Submarine’). these songs are part of our living, breathing cultural identity, and – as this collection reminds us – for good reason.

2.  You’ve Got To Hide Your Love Away

6.  Norwegian Wood (This Bird Has Flown)