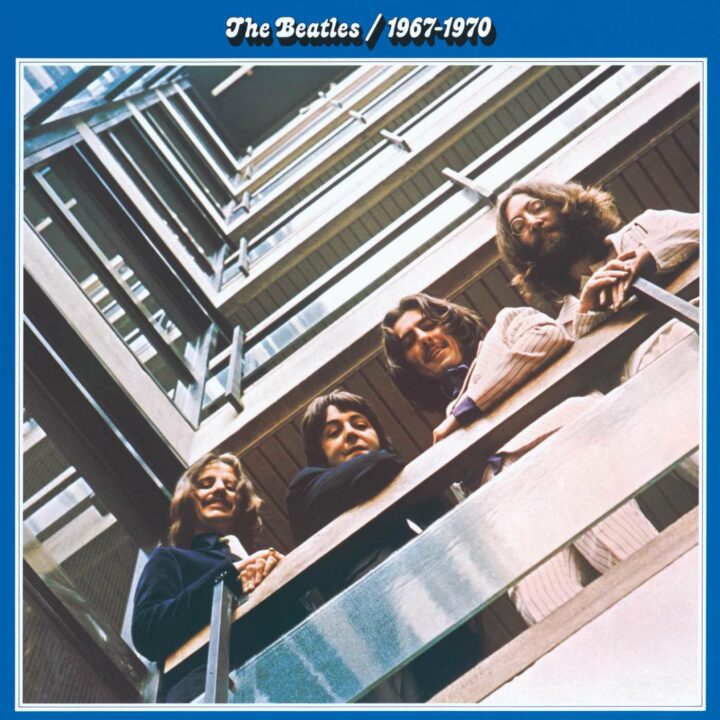 The companion piece to the 1962-1966 singles compilation, this set (often called ‘The Blue Album,’ as opposed to its chronological predecessor ‘The Red Album’), brings together the Beatles best known songs from 1967 through 1970. The Beatles were fiercely, relentlessly experimental during these years, and the swirling, visionary soundscapes of ‘Strawberry Fields Forever,’ which opens the collection, sets the tone with its effects-heavy production and backward tape loops. John Lennon’s psychedelic songwriting, which emphasized crystalline melodies and surreal wordplay, can be heard on tracks like ‘lucy in the sky with diamonds’ and ‘across the universe.’ Paul McCartney’s fascination with English music hall and novelty numbers is clear on ‘Penny Lane’ and ‘Ob-La-Di, Ob-La-Da,’ and the set also has some of his finest ballads, including the mega-hits ‘let it be’ and ‘Hey Jude.’ George Harrison emerged as a fine songwriting talent during these years with ‘Something’ and ‘Here Comes The Sun.’ yet despite evidence of their diverging individual directions, the Beatles still rock as a band on cuts like ‘Revolution.’ (the set includes the single versions of ‘Revolution,’ ‘Lady Madonna,’ and ‘Hey Jude’). The Beatles set the tenor of the late-’60s with this spectacular soundtrack, and it remains – even after years of overplaying – original, beautiful music.

1. Strawberry Fields Forever
2. Penny Lane
3. Sgt. Pepper’s Lonely Hearts Club Band
4. With A Little Help From My Friends
5. Lucy In The Sky With Diamonds
6. A Day In The Life
7. All You Need Is Love
Side B
1. I Am The Walrus
2. Hello, Goodbye
3. The Fool On The Hill
4. Magical Mystery Tour
5. Lady Madonna
6. Hey Jude
7. Revolution