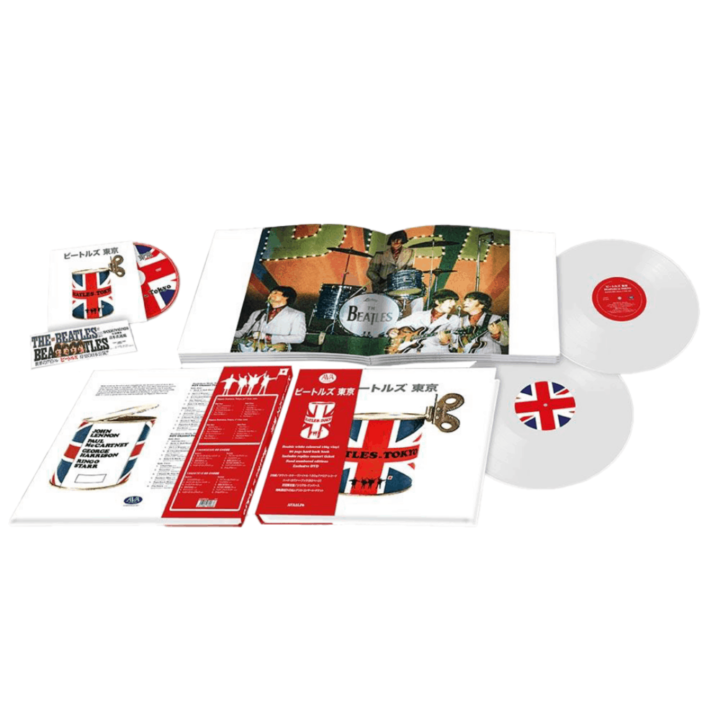 THE BEATLES – Beatles In Tokyo – 2LP/Book/DVD

With work on Revolver just completed, the Beatles played their first-ever dates in Asia in late June 1966. By that time they had grown weary of the rigours and confinements of touring, but Japan was a novelty they were looking forward to. Despite finding their visit uncomfortably regimented, their shows at the hallowed Budokan on June 30th and July 1st were a great success and broadcast on Nippon Television.