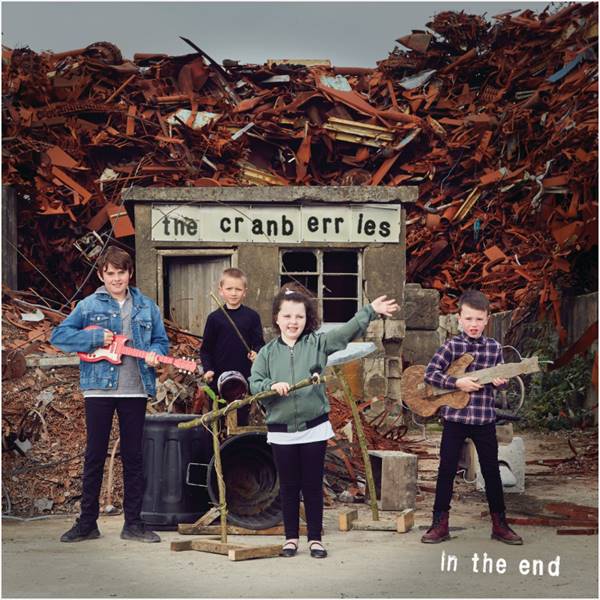 One year after the death of Cranberries singer Dolores O’Riordan, her band mates have announced their final album In the End, a collection of songs O’Riordan worked on prior to her January 15th, 2018 death. The Cranberries also shared In the End‘s first single, the catchy “All Over Now.”

“I can’t think of a more fitting way to commemorate the first anniversary of Dolores’ passing and to celebrate her life than to announce to the world the release of her final album with the band,” Eileen O’Riordan, Dolores’ mother, said in a statement.

O’Riordan and band mate Noel Hogan began working the songs that would ultimately appear on In the End while touring in May 2017, with the duo writing and demoing 11 songs that winter. “Dolores was so energized by the prospect of making this record and to getting back out on the road to play the songs live,” Hogan said in a statement.

However, before the Cranberries could play the demoes for their record label BMG, O’Riordan died in a London hotel room following a “tragic accident.” Following months of mourning, her Cranberries band mates listened back to O’Riordan’s vocals for the album and, after receiving the full support of O’Riordan’s family, enlisted producer Stephen Street – who worked on four Cranberries album, including their breakout Everybody Else Is Doing It, So Why Can’t We? – to help complete the album.

“We knew this had to be one of the, if not the, best Cranberries album that we could possibly do,” Hogan added. “The worry was that we would destroy the legacy of the band by making an album that wasn’t up to standard. Once we had gone through all the demos that Dolores and I had worked on and decided that we had such a strong album we knew it would be the right thing and the best way that we could honour Dolores.”

In the End arrives April 26th. The album’s cover boasts an image by the band’s original photographer Andy Earl and sleeve designer Cally Calloman. Prior to O’Riordan’s death, the Cranberries last released their Something Else in 2017.