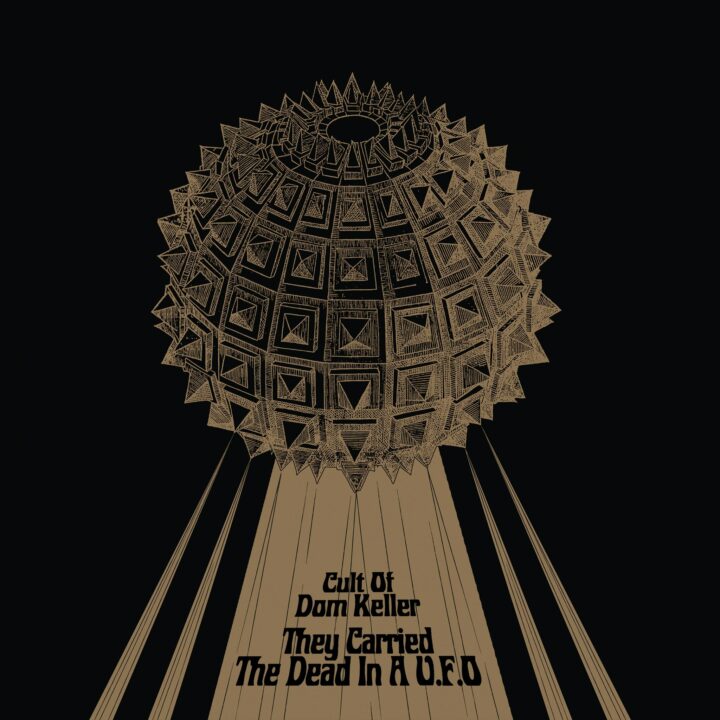 THE CULT OF DOM KELLER
– They Carried The Dead In A U.F.O

Cult of Dom Keller released their fifth album, ‘They Carried The Dead In A U.F.O’, on May 21st via Fuzz Club Records. Since 2007 the British band have been leaving a trail of sonic fever dreams, dark psychedelia and experimentalism that beats with a heavy industrial heart and the forthcoming LP sees them conjuring their heaviest and most adventurous work to date.

Channelling recent limitations and turning them to their advantage, Cult of Dom Keller found themselves radically altering their creative approach and morphing their sound into a whole new beast. On this LP the band hone in on an industrial noise-rock sound that is pushed to the brink. On ‘They Carried The Dead In A UFO’, the band said: “We managed to create our most experimental and exciting album to date without being in the same room together. U.F.O. was recorded, mixed and produced by ourselves, meaning we had total control over every noise on the record. This was the exact record we wanted to make: Experimental and playful; moments of light and pure dark… we wanted to f*ck with the listener and pull them in with moments of beauty and chaos. We hope you enjoy the trip!”

Cult of Dom Keller have long been at the forefront of the contemporary British psych scene but their notorious reputation also extends much further afield too. They’ve done several tours around the UK, Europe and US and shared the stage with greats like Roky Erickson, Spectrum, Silver Apples and The Sisters of Mercy, as well as contemporaries like The Black Angels, Fat White Family, Sleaford Mods and Temples.

1. Run From The Gullskinna
2. Lyssa
3. Cage The Masters
4. She Turned Into A Serpent
5. Infernal Heads
6. Psychic Surgery
7. Amazing Enemy
8. Last King of Hell