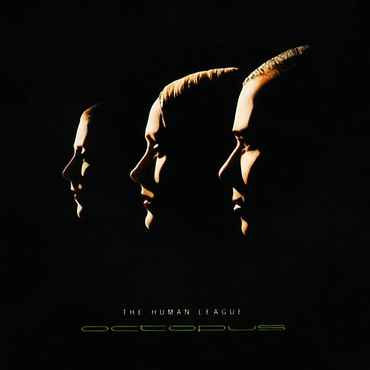 Originally released in 1995 by EastWest Records, it was the first new album from The Human League in five years after the termination of their long-term contract with Virgin Records. ‘Octopus’ was the first album that presented the band as a trio consisting of the singers Philip Oakey, Joanne Catherall and Susan Ann Sulley. It was produced by Tears For Fears Ian Stanley and former band members Jo Callis and keyboard player Neil Sutton also contributed to the writing of the album.

The album’s sound is notable for the nearly exclusive use of analogue synthesizers, a marked change from the band’s primarily digital sound in the mid-to-late 1980s. The album saw a return to the public eye for the band, who had been out of the top ten since their 1986 album ‘Crash’. ‘Octopus’ was a commercial success. The first single, ‘Tell Me When’ became the band’s first top-ten hit in nine years, peaking at number six in the UK singles chart, with the second single ‘One Man in My Heart’ also breaking into the top 20. The album also saw similar chart success peaking at number six in the UK, becoming the band’s sixth top-ten album.