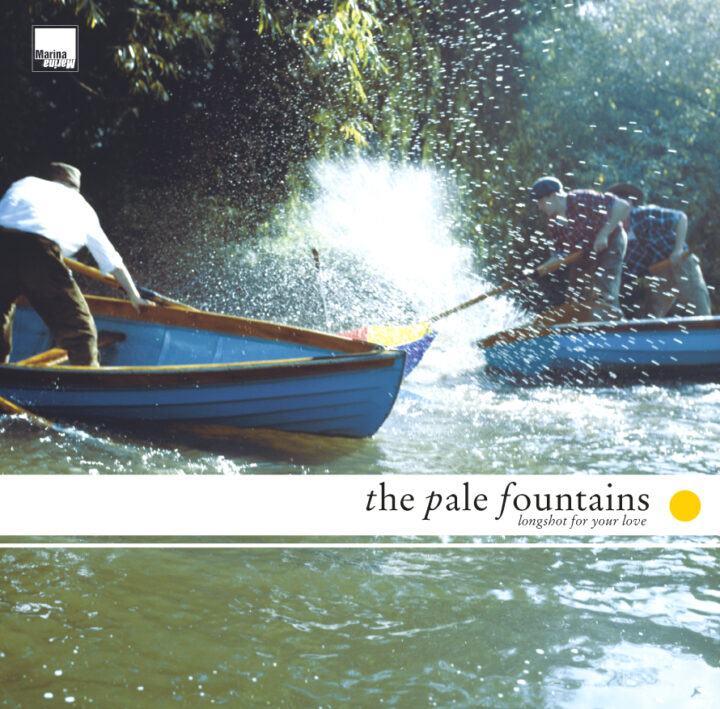 Brand new enhanced, remastered gatefold vinyl edition of the long-deleted, much sought-after Pale Fountains compilation Longshot For Your Love – originally released in 1998 – covering the band’s early years from 1982 to 1984.

The album comes with enhanced artwork – in a beautiful gatefold cover plus inner sleeve feat. lots of unseen photos and extensive linernotes by former Pale Fountains manager Patrick Moore.. Seven cuts are released here for the first time ever.